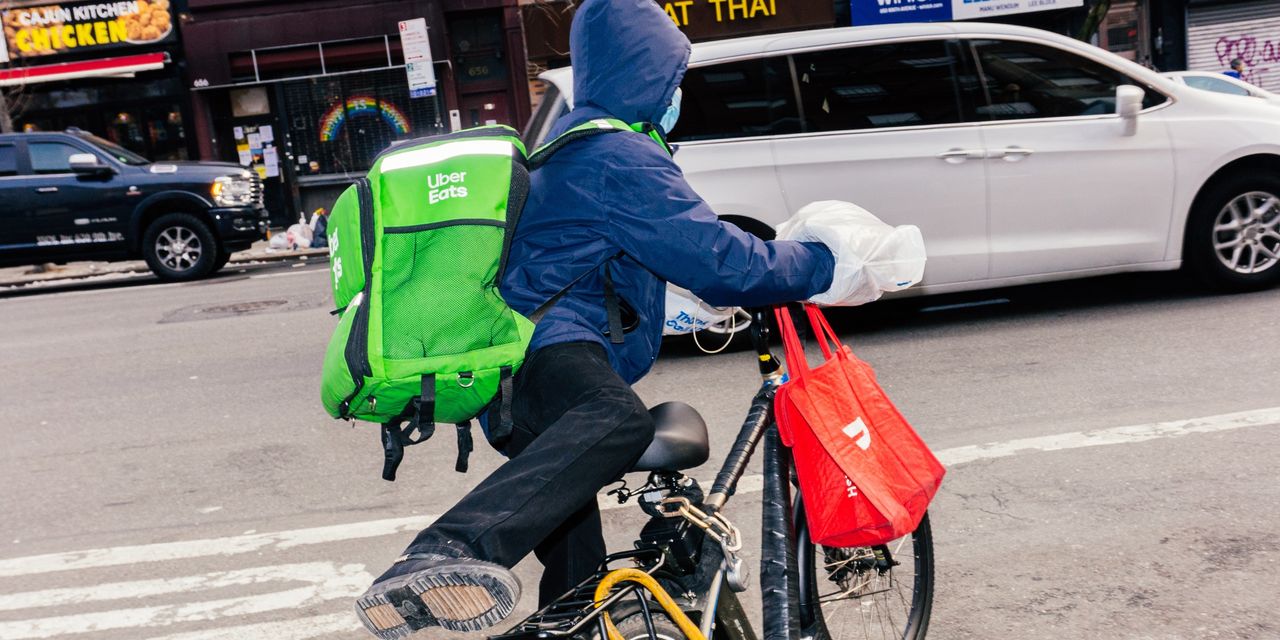 The Biden administration is proposing a new rule that could put more gig workers on company payrolls, scrapping a Trump administration rule from 2021 that made it easier for firms to classify workers as independent contractors.

The proposal, released Tuesday, would affect millions of workers across a range of industries, including healthcare, restaurants, construction and ride-share transportation, the Labor Department said.

Most prominently, it could lead to a push to classify drivers for ride-share or food delivery companies such as Uber Technologies Inc. and Lyft Inc. or DoorDash Inc. as employees rather than gig workers. The companies have opposed similar efforts in the past.

Shares of Uber closed down 10%, Lyft dropped 12% and DoorDash declined nearly 6% on Tuesday.

The rule would put in place a more stringent test to determine when companies can count workers as contractors rather than employees. Under labor law, employees are eligible for protections such as the minimum wage, medical leave or overtime pay that don’t apply to independent contractors.

“We have seen in many cases that employers misclassify their employees as independent contractors, particularly among our nation’s most vulnerable workers,” Labor Secretary Marty Walsh said in a statement. “Misclassification deprives workers of their federal labor protections, including their right to be paid their full, legally earned wages.”

Any attempt to reclassify gig workers would likely lead to legal challenges from companies arguing they are not covered under the test. The rule also escalates a multiyear debate between Democrats and Republicans over the status of gig workers.

The Labor Department will take public comment on the rule for 45 days. The administration likely won’t finalize the rule until next year.

The rule would put in place a “multifactor reality test” to determine whether workers are truly in business for themselves and control aspects of their employment such as whether they perform managerial duties, how they are supervised or whether they are able to set prices.

It would replace a Trump-era rule—completed just days before the Biden administration took office—and return to an approach favored by the Obama administration. The Trump administration rule made it more difficult for a gig worker to be counted as an employee under federal law.

The Biden administration blocked the 2021 rule within months of taking office, but a federal judge later reinstated it. Gig-economy companies were among the most vocal proponents of the Trump-era rule.

The companies have also been active at the state level. In 2019, California passed a law classifying some gig workers as employees. The companies won passage of a ballot measure the following year that exempted many ride-sharing and delivery services from the state law, following the most expensive campaign for any ballot measure in state history.

At the time, Uber estimated it would need to spend millions of dollars to build a framework to monitor drivers, including tracking their meals and rest breaks, and hire additional staff to oversee day-to-day operations. Those costs, Uber said then, would push prices for rides to increase between 20% and 120% in California.

On Tuesday, an Uber representative said drivers overwhelmingly prefer the flexibility that comes with being an independent contractor.

“In a time of deep economic uncertainty, it is crucial that the Biden administration continues to hear from the more than 50 million people who have found an earning opportunity with companies like ours,” said Uber’s head of federal affairs, CR Wooters. He said the company looks forward to continued talks with the administration.

Lyft, in a blog post, said the proposal is the first step in what is likely to be a longer process before any final rule or determination is made.

“Lyft will continue to advocate for laws such as the one in Washington state which gives workers what they want: independence plus benefits and protections,” the post said.

Food-delivery company DoorDash said it didn’t anticipate the proposed rule causing changes to its business model or to its workers’ status as independent contractors.

In a worst-case scenario, Wedbush Securities analyst Dan Ives said, the federal-rule change could increase labor costs by 15% to 30% for gig-economy players such as Uber and Lyft. “It would be a major albatross that would turn their business models upside down,” he said, adding that the severity of the proposal was unexpected.

Veena Dubal, a professor at the University of California Hastings College of Law, said the administration’s rule leaves a lot of leeway in how it can be interpreted, she said.

“There’s just a lot of wiggle room,” she said. “This is kind of like the middle-of-the-road-back-to-how-things-were proposed rule.”

Ms. Dubal, a critic of the gig economy business model, said she was skeptical that big companies such as Uber and Lyft would change their practices in response to the rule. Instead, they would likely mount a legal challenge.

“They could take this all the way up to the Supreme Court,” she said. “They would really play hardball in that regard.”

The rule would have a greater impact on smaller businesses such as construction companies or nail salons, she added, “because they cannot withstand that kind of scrutiny and the financial risks and legal costs.”

Labor Department officials said the rule is part of their broader attempt to crack down on employers who classify workers as contractors when they should be considered employees eligible for minimum wage provisions and other benefits.

“Combating misclassification is a priority for the department because we have seen it deny a wide range of workers the lawful wages, disrupt businesses that are following the rules and hurt the broader economy,” said Seema Nanda, the department’s top lawyer.

Write to Gabriel T. Rubin at gabriel.rubin@wsj.com and David Harrison at david.harrison@wsj.com