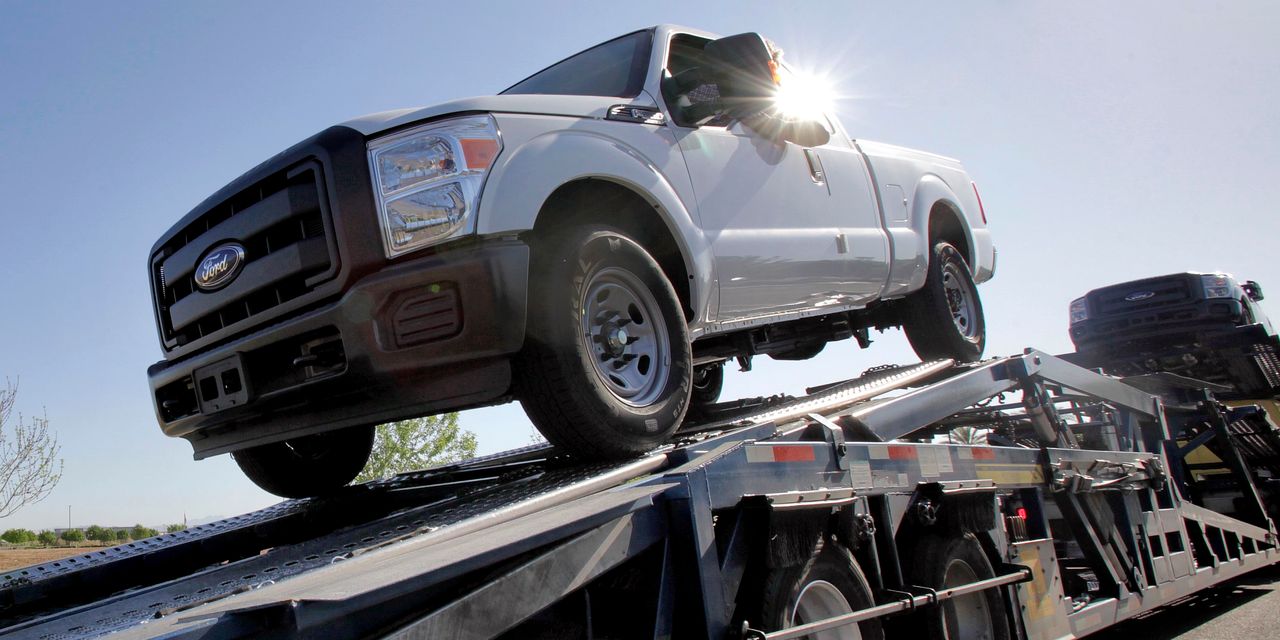 Federal regulators excluded heavy-duty trucks like the pickup at the center of a recent $1.7 billion verdict against Ford Motor Co. F 2.64% from tougher roof-strength requirements adopted decades ago, then later reversed the decision to include future models.

The rules, which were expanded more than 30 years ago to include lighter trucks, were intended to better protect occupants in a rollover crash.

Vehicle manufacturers, including Ford, F 2.64% had lobbied before the rule change that the stiffer standards shouldn’t apply to their heavier trucks, government filings show, saying the safety benefits were still uncertain for these types of vehicles.

The regulator, the National Highway Traffic Safety Administration, or NHTSA, at the time decided not to include the heavier trucks in the regulations. In 2009, following an order by Congress, NHTSA extended the tougher roof-safety rules to trucks with a higher gross weight.

On Friday, a jury in Georgia determined punitive damages should be imposed on Ford for selling 5.2 million Super Duty trucks from model years 1999-2016 with what the plaintiffs alleged were defective roofs prone to collapse in a rollover accident.

The case was brought by the children of a Georgia couple, Melvin and Voncile Hill, who were killed while driving a 2002 Ford F-250 pickup truck. The pickup truck blew out a tire and rolled over, crushing the two occupants inside, according to court documents filed by the plaintiffs.

What will be the impact of the jury verdict on Ford? Join the conversation below.

Ford, which says it plans to appeal, said that the roof of the 2002 F-250 pickup truck was reasonably safe as designed, met industry standards and wasn’t covered by the federal roof-crush requirements that were adopted in the early 1990s, court documents show. The Dearborn, Mich., auto maker has also said that the tire on this particular truck had an incorrect load-carrying capacity, which caused it to catastrophically fail, and the victims had improperly used their seat belts, according to court filings.

Often in cases involving high-dollar punitive damages, the final amount is scaled back in the appeals process.

The case highlights how auto regulations that evolve over time can become a point of contention years later when safety concerns emerge about older vehicles. The federal roof-crush requirement has been invoked by plaintiffs in the Georgia lawsuit, as well as similar cases involving Ford trucks and fatal rollover crashes, records show.

A pretrial order in the Hills’ case said that Ford has identified 162 lawsuits and 83 similar incidents of roof crush, involving heavy-duty trucks sold through the 1999-2016 model years.

NHTSA, the U.S. auto industry’s main safety regulator, said this week that the 2002 F-250 pickup truck was built to meet the roof-crush requirements at the time for vehicles with its gross weight. Because it met the regulations, the agency said, it didn’t test this particular model for roof-crush performance.

The agency declined to comment on its earlier decisions around the roof-crush requirements. NHTSA said, under the Biden administration, it has secured additional resources to work through a backlog of proposed auto-safety rules more expeditiously.

The plaintiffs’ lawyers have argued that Ford was able to comply with the regulations because manufacturers fought to keep minimum requirements from applying to heavy-duty trucks. The lawyers also alleged that despite this, Ford knew its roofs were dangerous and waited years to switch to a stronger roof design that it had developed internally in 2004.

Ford has contended in the case that the roof design is reasonably safe and not defective in any manner.

Originally, NHTSA had proposed in 1989 to expand the roof-strength regulations that were on passenger cars to a wider range of models and body styles to improve safety in rollover crashes by requiring auto manufacturers to design roofs able to withstand the pressure of one-and-a-half times the weight of the vehicle. The initial proposal was to apply the new standards to vehicles with a gross weight of up to 10,000 pounds. The gross weight includes the vehicle plus estimated weight for passengers and cargo.

At the time, Ford and crosstown rival General Motors Co. advocated for a lower gross-weight threshold—8,500 pounds—which was below that of many heavy-duty trucks on the market, according to regulatory filings.

Ford said it supported the tougher requirements for its lighter vehicles, including trucks and vans, saying those models already met or exceeded the proposed roof-safety regulations, according to a 1989 letter submitted to NHTSA as part of the rule-making process.

The auto maker argued that for heavier vans and trucks—those with a gross weight of over 8,500 pounds—there was insufficient evidence to determine that the stiffer requirements would enhance the safety of these vehicles. Ford said in the letter it didn’t have confidence that it could consistently meet the proposed standards without a redesign of existing heavy-duty trucks.

GM also backed the proposed requirements for lower gross-weight vehicles; it disagreed with NHTSA’s analysis of the safety need for applying it to the heavier pickup trucks, according to NHTSA’s public filings. GM argued that proper seat belts and restraints were the most effective way to mitigate injuries in rollover accidents, the filings show.

Ford and GM declined to comment on the companies’ actions at the time of the rule-making process.

Other trade groups representing vehicle manufacturers pressed for an even lower threshold, and ultimately NHTSA set the limit at 6,000 pounds, meaning any vehicle with a gross weight of greater than that would effectively be exempt. NHTSA said it needed additional time to assess the feasibility for applying the rule to heavy-duty trucks.

In 2009, facing pressure from consumer advocacy groups and Congress, NHTSA revised the roof-strength rules and reverted to the earlier proposal, applying the tougher standards to heavy-duty trucks with a gross weight of up to 10,000 pounds.

Manufacturers had to begin phasing in stronger roofs beginning in 2012 and had until 2017 to fully comply with the updated mandate, the agency said.

Write to Ryan Felton at ryan.felton@wsj.com and Nora Eckert at nora.eckert@wsj.com