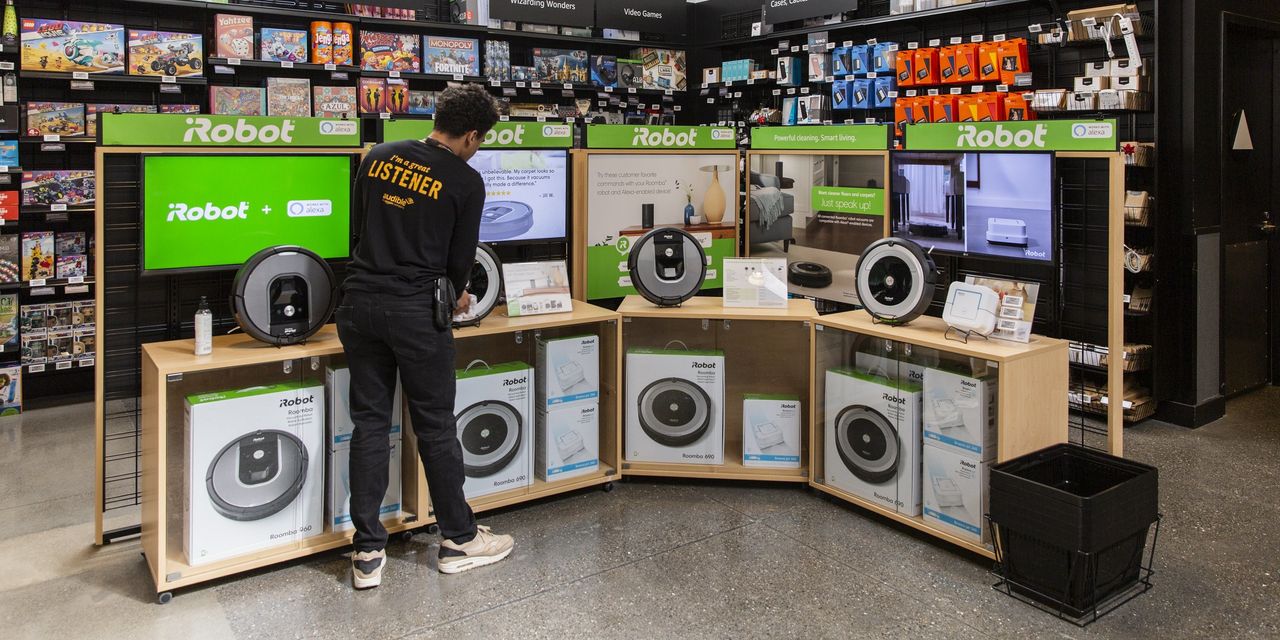 Amazon agreed to pay $61 a share for iRobot in an all-cash deal. The price, which includes a small amount of debt, represents a 22% premium to iRobot’s closing price of $49.99 on Thursday.

iRobot introduced its Roomba vacuum in 2002 and has sold more than 40 million units since. The wireless, smart-vacuum learns and maps spaces to clean dust and messes. It is a staple of Amazon’s Prime Day shopping bonanza, having been a featured product for eight straight years.

iRobot in May had projected reaching sales of $1.6 billion to $1.7 billion this year. It withdrew that guidance on Friday in light of the deal and other challenges.

Roomba would join other Amazon-owned products like the Alexa virtual assistant speaker and Ring video doorbell that together give the retailer more ways to power smart homes.

iRobot would be the fourth-largest acquisition by Amazon, ranking behind the 2017 acquisition of Whole Foods for $13.7 billion, an $8.5 billion purchase of movie studio MGM in March and last month’s agreement to buy 1Life Healthcare for $3.9 billion.

iRobot said that the latest quarter’s results were hurt by reduced orders, supply-chain problems and a stronger dollar.

The company said that it is also laying off 140 employees, or about 10% of the global workforce, as well as taking other measures to cut costs by up to $10 million this year.

iRobot Chief Executive Colin Angle will remain in his position upon completion of the acquisition, which requires approval from shareholders.

Write to Connor Hart at connor.hart@wsj.com