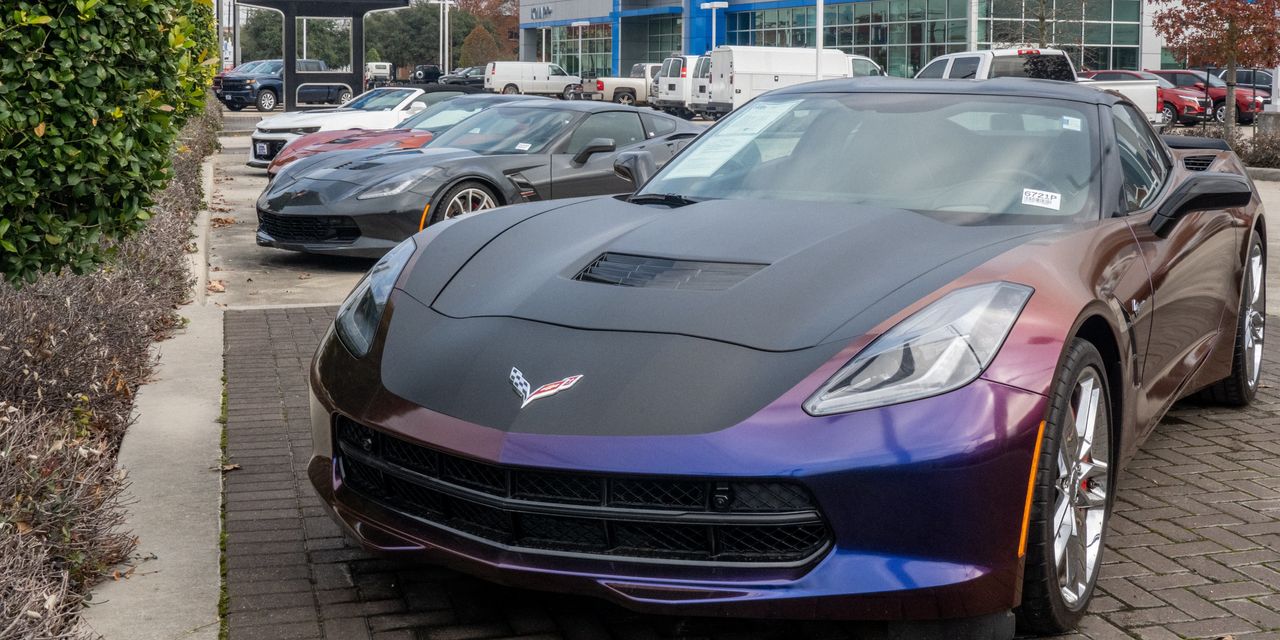 GM executives reaffirmed the auto maker’s full-year profit outlook, saying they expect production to increase sharply in the second half as the computer-chip shortage eases, and that consumers continue to pay top dollar for new vehicles.

Chief Executive Mary Barra said GM is taking precautions to guard against weakening economic conditions, including curtailing some hiring. Executives said layoffs weren’t in the plans for now, but said they are preparing a range of actions to respond if challenges worsen.

“We’ve run many different scenarios,” Ms. Barra told analysts. “We know the steps we would take if the situation went in a different direction.”

The Detroit-based car company said second-quarter revenue rose about 5% to $35.76 billion. Net income for the April-to-June period totaled $1.69 billion, down from $2.84 billion a year earlier.

GM reported pretax earnings per share of $1.14 in the second quarter, below the average analyst estimate of $1.23, according to FactSet.

GM shares fell about 3% in morning trading, a sharper drop than the broader market.

Ms. Barra told analysts during a conference call that GM’s vehicle inventories remain extremely tight and there is no sign that pent-up demand for new cars is waning after two years of tight dealership stocks.

“The customers are there for our vehicles,” she said. “They’ve been waiting, and all indications are they remain ready to buy.”

GM said early this month that a shortage of computer chips and other parts prevented the company from shipping 95,000 vehicles to dealers. Company executives said Tuesday that they still expect to clear the backlog during the second half of the year as more parts become available and it is able to complete assembly of the partially finished vehicles.

The auto maker on Tuesday stood by its forecast for the full year of $9.6 billion to $11.2 billion in net profit.

Pressure surfaced in other parts of GM’s business, too, including in China, the company’s second-largest market, where its joint-venture business posted a rare loss of $87 million. The pretax profit margin in North America, which drives the bulk of GM’s bottom line, fell to 8%, from 10.4% a year earlier.

GM finance chief Paul Jacobson blamed the China loss on Covid-19 lockdowns and said the business is bouncing back.

“We see that as somewhat temporary,” he said of the weaker financial performance. “We continue to see big things for China.”

Ms. Barra said the company is cutting discretionary spending and limiting hiring. She said that a restructuring in 2019 and 2020 cut about $4.5 billion in annual costs, helping prepare GM for any downturn.

Across town, Ford F -2.30% is preparing to cut several thousand salaried jobs in North America to improve its cost structure as it prepares for a long-term transition to electric vehicles, The Wall Street Journal reported last week.

GM increased spending on electric vehicles, which contributed to a 43% drop in free cash flow in the quarter, to $1.4 billion. Capital expenditures, which are largely targeted at EV development, rose by about one third, to $2 billion in the second quarter.

Separately, GM said it struck agreements with outside suppliers—South Korea’s LG Chem 051910 1.98% and Philadelphia-based Livent Corp. LTHM -0.50% —to secure raw materials needed to build electric-vehicle batteries. The pacts will help the company lock up enough battery capacity to hit its goal of one million electric vehicles in North America by 2025, GM said.

Cathodes use lithium, nickel and other materials that account for about 40% of the total cost of a battery, GM said.

GM and other auto makers have been taking pains to disclose more to Wall Street about how they plan to put the industrial pieces in place to mass-produce electric cars. Investor enthusiasm for EV-related stocks soared last year amid signs that battery-powered vehicles are poised for strong growth. Since then, shares in EV makers have pulled back sharply, in part because of missed production forecasts.

Ford last week outlined several steps it is taking to boost production of batteries and electric models, including an agreement to source iron-based batteries from China’s Contemporary Amperex Technology Co. 300750 0.05%

Analysts have raised questions about whether a future battery shortage could curb the auto industry’s EV ambitions. Both GM and Ford have said they aim to overtake Tesla Inc. TSLA -3.73% in U.S. electric-vehicle sales.

Meanwhile, traditional car companies face a host of challenges in their core business of building internal-combustion-engine cars, which still fuel nearly all of their profits.

With inventory levels near all-time lows, the average price paid for a new vehicle in the U.S. hit a record of about $45,800 in June, nearly 15% higher than a year earlier.

More on the Auto Industry

Write to Mike Colias at Mike.Colias@wsj.com