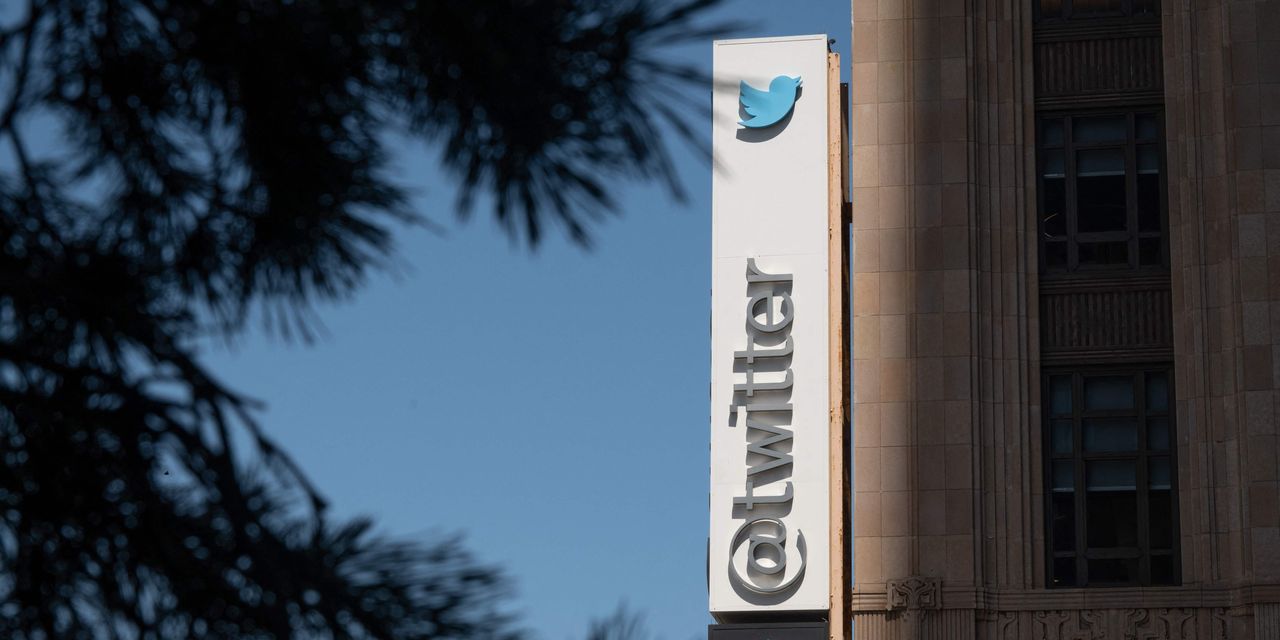 With Elon Musk attempting to terminate his $44 billion takeover of Twitter Inc. and the company vowing to force him to follow through, the social-media powerhouse and the world’s richest person appear headed for a messy courtroom battle.

The company says it plans legal action and is any day expected to file a lawsuit in the Delaware Court of Chancery, arguing he is required to close the agreed-upon deal.

Corporate law experts say Twitter appears to be on sounder legal footing than Mr. Musk, who accused the company of breaching their contract. The bigger question, they say, is if Twitter succeeds in court, is it really possible to force the eccentric billionaire—known for eschewing norms even when it gets him in legal trouble—to buy a company he doesn’t want to own?

“What are they going to do if there is a judgment and he says, ‘Well, I’m still not going to buy it’?” said Zohar Goshen, professor of transactional law at Columbia Law School. “They don’t really have tools to force him to go through with it. You don’t put people in jail because they don’t buy something.”

There is little precedent to draw on. Though there have been a handful of examples of buyers being forced to follow through with purchases under the “specific-performance” clause that Mr. Musk agreed to, most were small deals. Never has the concept been tested on such a big scale.

Apollo Global Management Inc. in 2008 was ordered by a Delaware judge to make its best efforts to close its $6.5 billion deal to buy chemical maker Huntsman Corp. after the private-equity firm tried to back out. (The two sides ultimately settled, with Apollo agreeing to pay a hefty fee instead.)

Mr. Musk in a Friday filing moved to terminate the deal, with his Skadden, Arps, Slate, Meagher & Flom LLP lawyer Mike Ringler arguing that Twitter breached their contract. Mr. Musk alleged that the company appears to have misrepresented the number of spam accounts on its platform, didn’t provide his team with all the information requested, including data to examine the issue, and fired executives and made other changes to its business without permission.

Under this concept, a buyer must show that a company’s actual business differs dramatically from what it agreed to buy. It is a high bar that very few buyers who have gotten cold feet have ever successfully invoked.

Mr. Musk’s filing didn’t provide evidence to back up his assertion that the estimate was inaccurate or an alternate calculation. Rather, his lawyer wrote, “Mr. Musk has reason to believe” that the true number of spam accounts is “substantially higher” than Twitter’s estimate.

“This isn’t even in the ballpark,” Mr. Goshen said of the argument, adding that the impact on a company’s value needs to be so dramatic that its value would be halved, for example. He recalls only one instance of a buyer successfully backing out of a deal on the basis of a material adverse effect: In 2018, healthcare company Fresenius SE got out of a deal to buy Akorn Inc. over alleged data breaches.

Mr. Goshen was similarly skeptical of Mr. Musk’s argument that Twitter didn’t adequately respond to his team’s requests for information relating to the bot estimate. The contract requires Twitter to provide whatever information is reasonably required to complete the deal and doesn’t harm its business.

Twitter will likely argue it provided Mr. Musk with more information than is reasonable—giving him access to its fire hose of data in recent weeks—and make the claim that he appears to be requesting the information for the purpose of backing out of the deal, which is far from the intended purpose, Mr. Goshen said. He isn’t aware of a case in which a deal fell apart over information access, though such arguments have resulted in price cuts.

Mr. Musk’s lawyer also argued that Twitter should have sought his consent before firing two executives and laying off a third of its talent- acquisition team, under a part of the contract that requires the company to not unreasonably interfere with the business before the deal closes. Of all the arguments, this might be the strongest, Mr. Goshen said. Still, it isn’t clear that the company’s actions were drastic enough to be considered unreasonable.

Most legal clashes over soured deals end in settlements, with both sides agreeing to a price cut or a one-time payment. Mr. Musk agreed to pay a $1 billion reverse termination fee to Twitter if the deal falls apart, though that is only triggered under certain scenarios including if his debt financing falls through or regulators try to block the deal. The agreement caps at $1 billion the amount Twitter could sue for damages for, meaning its only options right now are to sue for specific performance or a maximum of $1 billion, a tiny fraction of what it stands to lose out on should the deal fall apart.

If it sues for specific performance and Mr. Musk agrees to settle, that could involve a payment of more than $1 billion.

Twitter is in a precarious position given that its prospects as a stand-alone company are daunting, due in part to a digital advertising market in upheaval. Twitter shares closed at $36.81 Friday, or 32% below the $54.20-per-share price that Mr. Musk agreed to pay.

Wedbush Securities analyst Daniel Ives on Saturday called Mr. Musk’s moves a “nightmare” for Twitter as it faces the prospect of a prolonged legal battle. He estimated its stock could sink to $30 if the deal collapses.

For Mr. Musk, there is significant financial incentive to either drop the deal entirely or negotiate a price cut. Technology stocks, including those of Twitter’s peers, have sunk since he first made his offer, and the Tesla Inc. chief executive has lost billions in personal wealth as shares in the electric-car company have also dropped. He already sold $8.5 billion worth of Tesla stock, likely to help pay for the deal, and should the deal go through, he would be on the hook to contribute $33.5 billion in equity.

Write to Cara Lombardo at cara.lombardo@wsj.com