A professional qualification known as the “hardest exam in finance” is falling out of fashion, with applicants for the chartered financial analyst programme running well below pre-coronavirus pandemic levels for a third consecutive year.

Qualifying as a CFA, which requires about 1,000 hours of study, has long been considered essential for many careers in finance. But Margaret Franklin, head of the CFA Institute, which provides the qualification, said the pandemic was dragging down demand.

“Candidate numbers are lower than they have been, as a result of the pandemic. It has been more challenging as students want to be assured that they will be able to sit the exams,” she said.

The institute was heavily criticised by employees and students last year after it cut a fifth of its workforce and cancelled exams in response to the pandemic.

In the year to August 2019, about 160,900 candidates around the world took the level 1 exams, the first of three stages towards a full CFA qualification. This dropped to just 73,688 in the following year, when the pandemic forced the institute to scrap written exams scheduled for June 2020. In the year to August 2021, 125,775 students took the exams after the institute switched from written to online tests from February 2021.

In the current fiscal year, just over 93,000 students have taken the level 1 exams, but Franklin said lockdowns in China had led to a high number of candidates cancelling or deferring tests scheduled for May.

One senior CFA Institute staff member said the high workload, low pass rate and pandemic-related disruption had caused more prospective students to question whether the qualification was relevant to their careers.

“Demand is falling off a cliff. People today are turned off by studying for long hours for an exam with a low pass rate that is only valued by employers when they apply for a job, and is irrelevant thereafter,” the staff member said. “The CFA Institute has not kept up with current learning practices,” they added. “Gen Z want . . . to gain knowledge and skills to do their current jobs and less structured courses.”

Since the introduction of online testing last year, there has been a marked drop in the pass rate to roughly 28 per cent for the level 1 exams, compared with an average pass rate of 41 per cent over the past decade. Just 22 per cent of students passed the exams set in July, the lowest since the CFA tests started in 1963. 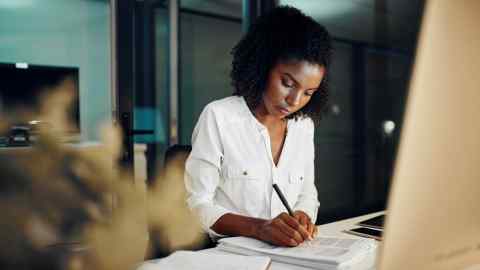 Franklin said: “The pandemic affected many candidates’ ability to prepare. Conditions for studying were not optimal. Disruptions in the crunch periods approaching the exams affected the pass rates.”

She added that she expected candidate numbers to be lower in the months ahead because of the situation in China, where there was significant demand before the pandemic.

“Beijing’s zero-Covid policy means that we expect more disruption over the next six to nine months in China but India is already back to pre-pandemic levels,” said Franklin.