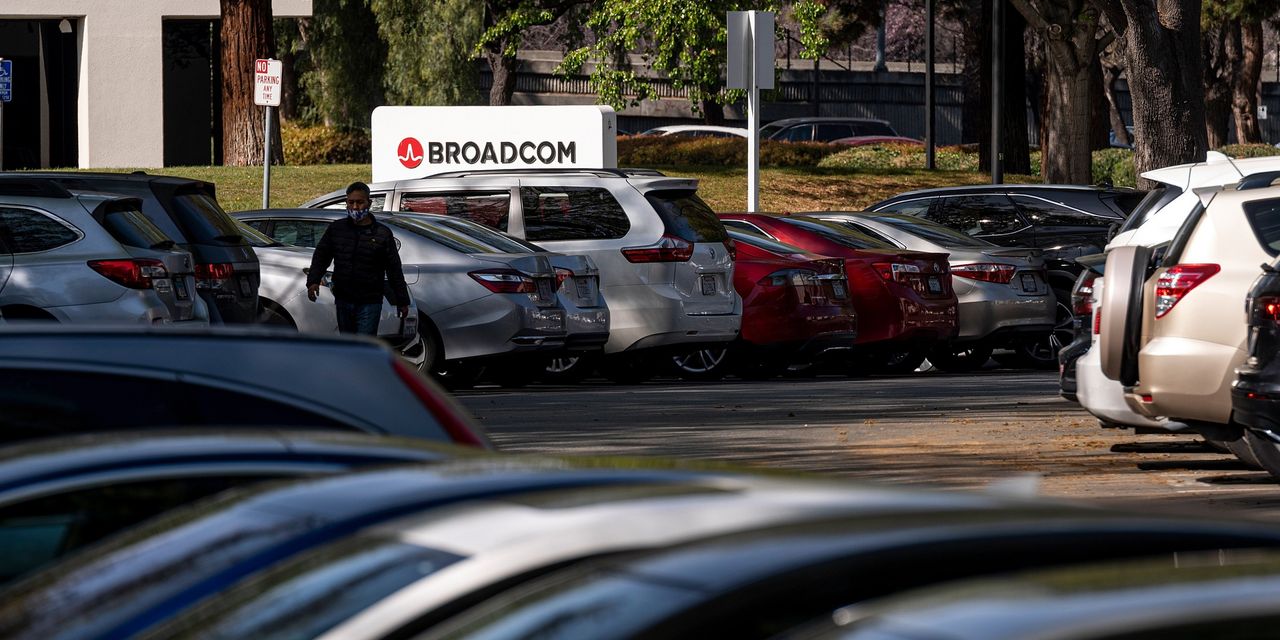 Broadcom Inc. AVGO -0.55% is in advanced talks to buy VMware Inc., VMW 0.80% according to people familiar with the matter, setting the stage for what would be one of the year’s biggest deals.

The technology companies are discussing a cash-and-stock deal that could come soon, assuming the talks don’t fall apart, the people said. VMware has a market value of $40 billion, while Broadcom’s is around $222 billion.

Bloomberg earlier reported on the talks.

VMware has a strong position in the market for “hybrid” cloud, where large companies mix public cloud services like those of Amazon.com Inc. and Microsoft Corp. MSFT -0.23% with their own private networks.

Broadcom, a semiconductor powerhouse built largely through acquisitions, has been on the hunt for a deal to beef up its presence in the corporate-software market. It came close to buying the closely held software company SAS Institute Inc. last year before SAS’s founders had a change of heart. Its first big foray into software was its roughly $19 billion acquisition of CA Technologies in 2018.

The demand for cloud computing, which enables customers to rent computing horsepower rather than invest in their own, has exploded in recent years. Startups and other businesses that couldn’t support in-house IT departments were among the earliest cloud adopters, but now companies across nearly every industry rely on cloud services.

Dell completed the spinoff of its VMware stake in November. VMware shareholders, including Dell, got an $11.5 billion cash dividend. Dell used the funds to pay down debt and said the deal positioned it to grow in new markets. Michael Dell, the company’s founder, chairman and chief executive, remained chair of VMware.

VMware is roughly a year into a new regime after company veteran Raghu Raghuram took over following the departure of CEO Pat Gelsinger, who left to run Intel Corp.

A market downturn that has sent stock prices lower has made it harder to strike deals and finance them. Deal volume is down roughly 25% so far this year compared with last year, according to Dealogic. Microsoft Corp.’s roughly $75 billion acquisition of videogame heavyweight Activision Blizzard Inc. registers as the largest of 2022 so far.

Write to Cara Lombardo at cara.lombardo@wsj.com

Appeared in the May 23, 2022, print edition as ‘Broadcom Nears Deal With Cloud Company VMware.’