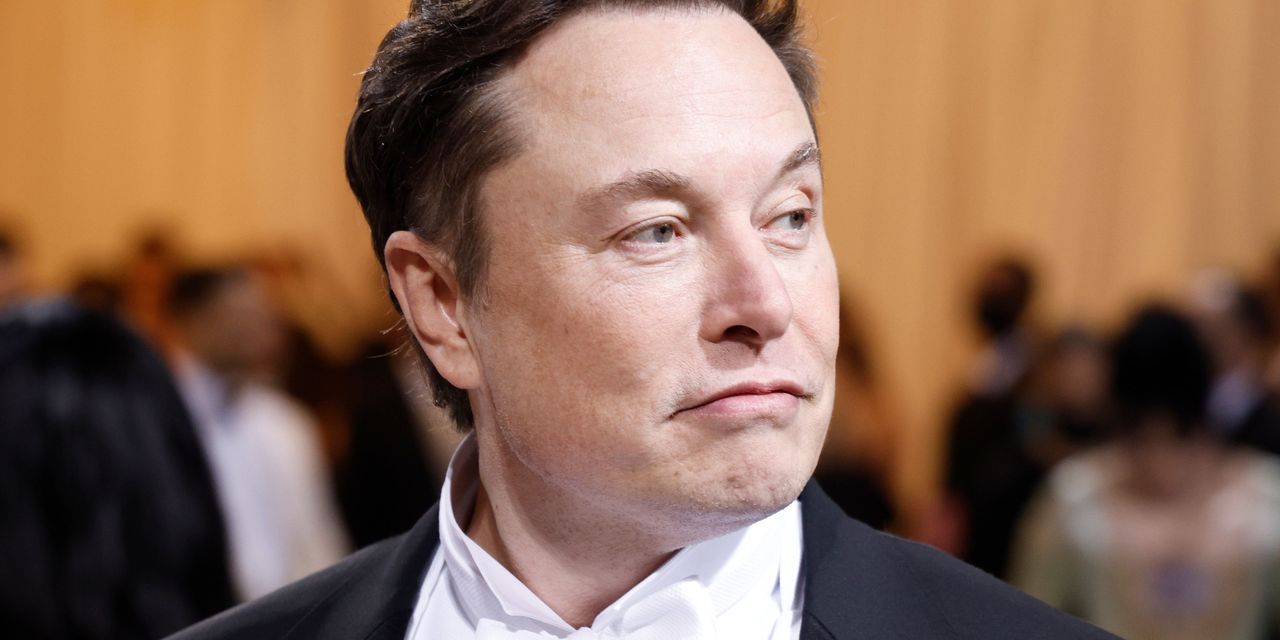 WASHINGTON—Federal regulators are investigating Elon Musk’s late disclosure last month of his sizable stake in Twitter Inc., TWTR -2.48% according to people familiar with the matter, a lag that allowed him to buy more stock without alerting other shareholders to his ownership.

The Securities and Exchange Commission is probing Mr. Musk’s tardy submission of a public form that investors must file when they buy more than 5% of a company’s shares, the people said. The disclosure functions as an early sign to shareholders and companies that a significant investor could seek to control or influence a company.

The Tesla Inc. chief executive made his filing on April 4, at least 10 days after his stake surpassed the trigger point for disclosure. Mr. Musk hasn’t publicly explained why he didn’t file in a timely manner.

The SEC investigation hasn’t been previously reported. An SEC spokesman declined to comment. An attorney for Mr. Musk didn’t respond to a message Wednesday seeking comment.

Mr. Musk likely saved more than $143 million by not reporting that his trades had crossed the 5% threshold, said Daniel Taylor, a University of Pennsylvania accounting professor, since the share price could have been higher had the market known of the billionaire’s growing stake.

Investors who cross that line are required to file a form with the SEC revealing their stake within 10 days. Mr. Musk’s holdings topped 5% on March 14, securities filings show, meaning he should have disclosed his stake by March 24 under SEC rules.

After March 24, Mr. Musk purchased roughly $513 million of stock at prices between $38.20 and $40.31 a share, according to a regulatory filing. The total buying spree made him Twitter’s largest individual shareholder with 9.2% of its shares.

Based on Twitter’s closing price of $49.97 on April 4, the day Mr. Musk disclosed his stake, he likely saved more than $143 million on those trades, Dr. Taylor estimated.

“The case is easy. It’s straightforward. But whether they’re going to pick that battle with Elon is another question,” said Dr. Taylor, referring to the prospect of a regulatory lawsuit against the outspoken entrepreneur.

The SEC could drop its investigation without bringing civil claims, as not every probe results in formal action. An SEC lawsuit against Mr. Musk would be unlikely to derail the Twitter deal because the company’s board of directors has endorsed it and the SEC generally lacks the power to stop mergers or take-private transactions, said Jill E. Fisch, a securities and corporate law professor at the University of Pennsylvania Law School.

On his initial form disclosing his Twitter share purchases, Mr. Musk said he was a passive shareholder, meaning he didn’t plan to take over Twitter or influence its management or business. The following day, he submitted another form that showed deeper involvement with the company, including an April 4 offer to join its board of directors.

Mr. Musk offered a week later to buy Twitter for $44 billion. The deal is scheduled to close later this year and must be approved by Twitter stockholders. SEC investigators, who have sought documents from Twitter, are probing whether Mr. Musk’s initial disclosure should have revealed more about his plans for the investment, the people said.

A pre-markets primer packed with news, trends and ideas. Plus, up-to-the-minute market data.

Mr. Musk is a prolific user of Twitter who says the platform is languishing under a corporate approach to content moderation that censors some users. “I hope that even my worst critics remain on Twitter, because that is what free speech means,” he tweeted on April 25.

He also has a long history of feuding with the SEC, an agency that sued him in September 2018 over allegedly fraudulent statements he made on Twitter about having obtained funding to take Tesla private. Mr. Musk settled the case by paying a $20 million fine, giving up his role as Tesla’s chairman, and agreeing to have certain tweets about Tesla precleared by the company’s lawyers.

Recently, Mr. Musk has denied lying in 2018 about taking Tesla private and said he felt pressured to settle the SEC investigation. A federal judge last month denied his petition to scrap the deal and dump the policy of having his tweets monitored by lawyers.

Separately, the Federal Trade Commission is investigating whether Mr. Musk violated a law that requires companies and people to report certain large transactions to antitrust-enforcement agencies, according to a person familiar with the matter. After making the filing, an investor generally waits at least 30 days—giving the government time to review the purchase for whether it hurts competition—before buying more shares.

Activist investors are subject to the antitrust filing requirements if their purchases of a company’s shares exceed a threshold—generally $92 million—and their existing assets are greater than $20 million. Passive investors who hold less than 10% of a company’s shares and don’t plan to be involved in governance or steer basic business decisions are exempt from the requirement.

If the FTC alleges violations of the law, it can seek fines of up to $43,792 a day. The FTC investigation was earlier reported by the website The Information.

Write to Dave Michaels at dave.michaels@wsj.com