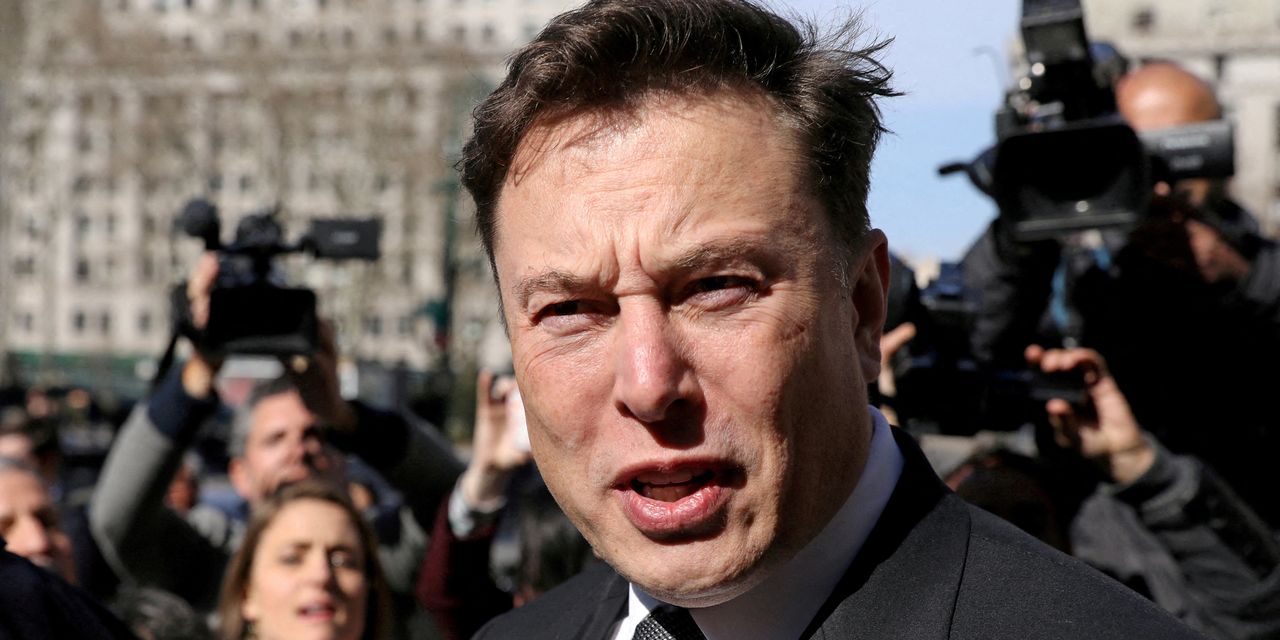 Elon Musk said he has lined up $46.5 billion to fund his bid for Twitter Inc., TWTR 0.77% answering the biggest question that had loomed over his takeover offer for the social-media platform.

In a regulatory filing, Mr. Musk also said he was considering taking his offer straight to Twitter shareholders, bypassing a board that appears dug in. Twitter said Thursday it was reviewing the newly detailed proposal.

The financing commitments—about half in bank debt and half in cash promised by Mr. Musk himself—lend credibility to an offer that lacked the details that usually accompany a bona fide takeover play. When he lobbed in his bid last week, Mr. Musk didn’t say how he planned to pay for the deal, which is expensive even for the world’s richest person.

Now he says he has lined up more than $25 billion in debt from a group of banks led by Morgan Stanley, MS -1.88% Bank of America Corp. BAC -1.89% and Barclays BCS -0.38% PLC. He would personally commit $21 billion in equity, the deal-making equivalent of a down payment on a home.

While Mr. Musk surprised doubters by actually coming up with the money—in contrast to his infamous “funding secured” tweet in 2018 that hinted at an ultimately nonexistent bid to take Tesla Inc. private—he is risking a considerable part of his fortune doing so.

Under the plan disclosed Thursday, he will hock $62.5 billion of Tesla stock, one-third of his stake in the world’s most-valuable car company, as collateral for bank loans. He’ll need to come up with $21 billion more in cash, which would likely mean selling Tesla stock or whittling his stakes in his privately held ventures, SpaceX and Boring Co.

And it leaves little margin for error at Twitter, which would be saddled with a heavy debt load under a new owner who has said he doesn’t care whether the company makes money.

People familiar with the matter said Mr. Musk is still considering bringing in potential equity partners and has had conversations with some, which would lighten his own financial burden. He is also in line to receive billions of dollars in Tesla stock options after the electric-vehicle maker reported record quarterly earnings this week.

Twitter shares were little changed Thursday, closing at $47.08 They have been trading well below Mr. Musk’s offer of $54.20 a share, a sign that investors are skeptical.

Twitter is still likely to reject his bid, which he described as “best and final,” in the coming days, people familiar with the matter said.

Mr. Musk said Thursday he is considering launching a so-called tender offer, a direct offer to shareholders that sidesteps the board. In a series of not-so-cryptic tweets—“_____ Is the Night” and “Love Me Tender _____”—he has hinted as much in recent days.

That effort would be complicated by a defensive move that Twitter’s board made last week. It adopted a so-called poison pill, a legal maneuver that prevents Mr. Musk from amassing more than 15% of the company by offering every other investor cheap shares that would dilute his stake.

Mr. Musk is a Twitter power user, with over 82 million followers and a long history of espousing his views on everything from space travel to cryptocurrencies. In January, he began buying Twitter stock, becoming the single-largest individual investor with a more than 9% stake by April.

Since then he has been using his Twitter account to criticize the company, especially its approach to content moderation, which he believes impedes free speech. Twitter and other social-media platforms banned then-President Donald Trump, for example, shortly after Jan. 6, 2021, when his supporters—echoing many of his false claims about election fraud—stormed the U.S. Capitol, seeking to overturn his election loss.

Still unknown is whether other suitors might emerge for Twitter. The Wall Street Journal reported last week that private-equity firms including Apollo Global Management Inc. APO -5.07% and Thoma Bravo LP are kicking the tires, and corporate suitors including Walt Disney Co. and Salesforce Inc. have made bids in the past.

But the fact that nearly every global blue-chip investment bank is participating in Mr. Musk’s bid—except for the two, Goldman Sachs Group Inc. and JPMorgan Chase JPM -0.78% & Co., advising Twitter in its response—suggests there isn’t a rival bidder waiting to surface.

—Will Feuer contributed to this article.

Write to Cara Lombardo at cara.lombardo@wsj.com and Liz Hoffman at liz.hoffman@wsj.com