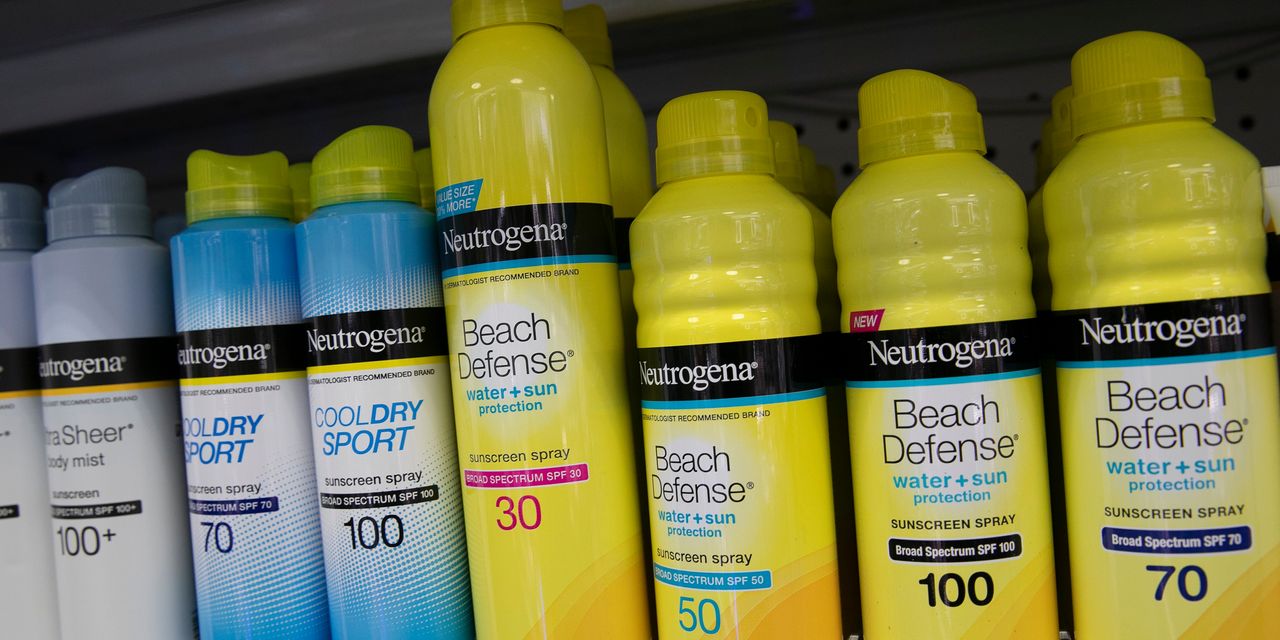 Johnson & Johnson is recalling most of its Neutrogena and Aveeno spray sunscreens from U.S. stores after detecting benzene, a potentially cancer-causing chemical, in some samples.

J&J said Wednesday consumers should stop using and discard five of its six Neutrogena and Aveeno spray sunscreens. The company said it is also notifying distributors and retailers to stop selling the products, and arranging for the return of the products.

A company spokesman said the effort would include removing products from shelves.

The New Brunswick, N.J., company said it doesn’t use benzene in the manufacturing of the spray sunscreens and is investigating the cause of the contamination. The company is in touch with regulatory agencies in other countries about the issue, the spokesman said.

J&J, one of the world’s biggest sellers of consumer-health products by sales, didn’t say how many bottles were affected and what the exact benzene levels were, though J&J said the levels were low and not expected to cause health issues.

“Out of an abundance of caution, we are recalling all lots of these specific aerosol sunscreen products,” the company said.

The recall came after an online pharmacy said it found high levels of benzene in 24 sunscreens and other suncare products. The pharmacy, Valisure LLC, petitioned the FDA to remove the products, including some of those recalled by J&J.

The move to pull the popular J&J spray sunscreens is the newest black mark for the company’s consumer unit, which has faced product recalls and lawsuits.

More than a decade ago, manufacturing problems prompted J&J to pull from shelves Tylenol, Benadryl and over-the-counter medicines, many of them for children. The recall hurt J&J’s reputation among consumers and cost the company more than $1 billion dollars in sales.

More recently, the company has been facing lawsuits alleging its baby powder made with talc causes cancer or mesothelioma, and that the company failed to warn women about the risks associated with using the product.

Write to Felicia Schwartz at felicia.schwartz@wsj.com