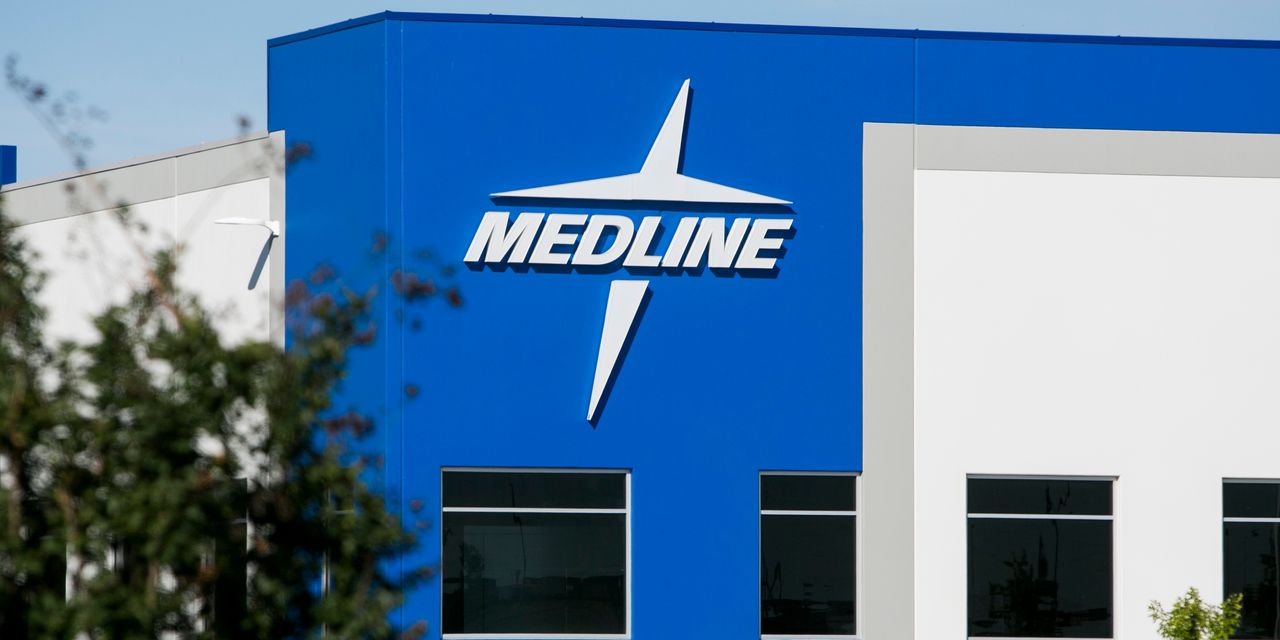 A group of private-equity firms reached a deal to acquire Medline Industries Inc. that would value the medical-supply company at more than $30 billion, in one of the largest leveraged buyouts since the financial crisis.

The Wall Street Journal reported earlier Saturday that the group was close to a deal after beating out a rival bid from the private-equity arm of the Canadian investing firm Brookfield Asset Management Inc. BAM 0.12%

Including debt, the transaction would be valued at about $34 billion, and north of $30 billion excluding borrowings, people familiar with the matter said. That could potentially make it the largest healthcare LBO ever.

Based in Northfield, Ill., family-owned Medline is a little-known but major player in the field of medical equipment. It manufactures and distributes equipment and supplies used in hospitals, surgery centers, acute care and other medical facilities in more than 125 countries.

Medline’s vast array of products include surgical gowns, examination gloves and diagnostic equipment, as well as consumer-facing brands such as Curad bandages. It has some $17.5 billion in annual sales, according to the company’s website.

The brothers James and Jon Mills founded the company in 1966, taking it public in 1972. The brothers bought back the shares five years later. James’s son Charlie has been Medline’s CEO since 1997.

The sale of Medline would be the latest sign that private-equity firms have regained their taste for big buyouts. They all but disappeared after a number of them performed poorly or filed for bankruptcy in the wake of the 2008-09 financial crisis, weighed down by mountains of debt. Firms are now sitting on more than $1.6 trillion of unspent cash, according to data provider Preqin—and that doesn’t take into account the billions that big institutional investors are clamoring to invest directly in deals.

The fact that three private-equity firms came together—they are equal partners, some of the people said—harks back to an earlier era before the crisis, when so-called club deals were common. They fell out of favor as firms have generally preferred to partner with their biggest investors, but have started to appear more lately, and this deal was too large to do without partners.

In a sign of how hungry the firms were for the deal, senior executives from the bidders made pilgrimages to Medline’s suburban-Chicago headquarters to woo members of the family.

The Wall Street Journal reported in April that Medline was exploring a sale, likely to private equity, and had hired Goldman Sachs Group Inc. GS 0.70% to run the process. The winning consortium beat out a field of bidders that over the course of the auction included a who’s who of the biggest buyout firms.

Write to Cara Lombardo at cara.lombardo@wsj.com and Miriam Gottfried at Miriam.Gottfried@wsj.com

previous
Blackstone, Carlyle and Hellman & Friedman to buy majority stake in medical supplier Medline
next
What are some of the top hostile takeovers of all-time?
700 Louisiana Street , Houston TX. 77002
(+1) 832-390-2738
info@gmi-co.com