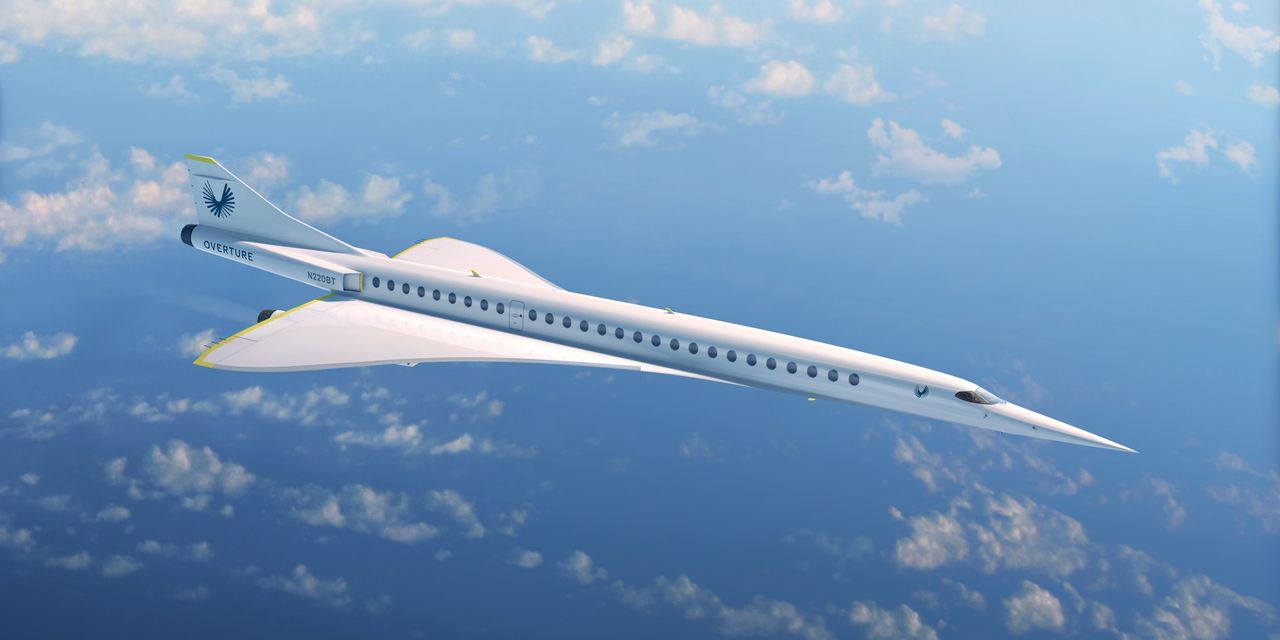 United Airlines said it hopes to fly passengers on a planned new supersonic jetliner by decade’s end, which would resurrect high-speed flights more than two decades after that method of travel was grounded.

Parent United Airlines Holdings Inc. UAL -4.25% on Thursday said it would acquire small jetliners being developed by Boom Technology Inc. that would cut travel times and appeal to higher-paying fliers.

United said it would buy 15 of Boom’s planned Overture jets if the plane meets safety, operational and sustainability standards. Boom hopes to fly a scaled-down prototype later this year or early in 2022, with the full-size, 88-seat version targeted to carry passengers by 2029.

A trio of companies have vied to develop supersonic business jets and small passenger planes over the past decade to fill a gap left by the Anglo-French Concorde, which was retired in 2003 because of high costs and concerns about its noisy engines.

Doubts about market demand and the challenges of gaining approval for new engine technologies and materials used to make the planned aircraft more economic than Concorde have plagued firms developing the new jets.

Aerion Corp., with backers including Boeing Co. , folded last month after it said it had been unable to raise enough money to produce a planned supersonic business jet. Boston-based Spike Aerospace continues to develop an 18-seat supersonic jet.

Boom declined to disclose financial terms but said that the agreement includes a nonrefundable industry-standard upfront payment from United, as well as an option for the U.S. carrier to buy 35 additional aircraft for a pre-negotiated price.

Denver-based Boom was launched in 2014 and has raised $270 million from investors. Japan Airlines Co. in 2017 invested $10 million in Boom and signed nonbinding options to purchase 20 planes.

Boom said its Overture jet would be capable of flying at Mach 1.7, or 1.7 times the speed of sound. That could allow the planned jet to reduce the flight time between London and United’s hub in Newark, N.J., to 3½ hours, and cut the journey between San Francisco and Tokyo to six hours.

Some industry observers are skeptical about the supersonic market. Richard Aboulafia, an aviation consultant at the Teal Group, said there are only a handful of routes with enough traffic to support enough full-fare premium passengers, and not enough to justify the development and production of a supersonic jetliner.

Mike Leskinen, United’s head of investor relations, said the airline believes there will be ample appetite for supersonic trips from United’s coastal hubs. The airline expects prices for customers will be in-line with current business-class fares, he said.

“It makes Western Europe possible for day trips,” he said. “Demand is not the issue here.”

Concorde’s launch heralded expectations of the wider adoption of supersonic flying, only for airlines and aircraft makers to opt for planes such as the Boeing 747 that were cheaper to fly.

That left Concorde an economic failure after only two carriers— British Airways and Air France —bought the plane. High costs and concerns about the noise the Concorde produced wound up curtailing its use to pricey luxury trips between Europe and the East Coast. A fatal crash in 2000 and the travel slump after the 9/11 attacks led to the Concorde’s retirement.

Boom Chief Executive Blake Scholl said there have been significant technological advancements since the Concorde was designed, such as lighter carbon-fiber components and quieter, more efficient engines. Boom last year announced a partnership with Rolls Royce Holdings PLC to develop propulsion systems for the aircraft.

The engines “allow the airplane to fly faster and burn less fuel while being quieter,” he said. Boom has said that its aircraft won’t be noisier than typical jets around airports and that sonic booms will at first only occur over the ocean, though United and Boom hope that policy makers will eventually approve supersonic routes over land.

Environmental concerns have also weighed on demand for supersonic jets, which would use more fuel than conventional jets. Boom says the Overture would be capable of using only sustainable aviation fuel, although supplies of the fuel made from plants or waste are limited and the fuel currently costs five times more than regular jet fuel.

Like the planned Boom jets, Archer’s air taxis must obtain regulatory approval and meet United’s operating requirements before the airline goes through with plans to purchase 200 of the aircraft.

Write to Matt Grossman at matt.grossman@wsj.com and Alison Sider at alison.sider@wsj.com