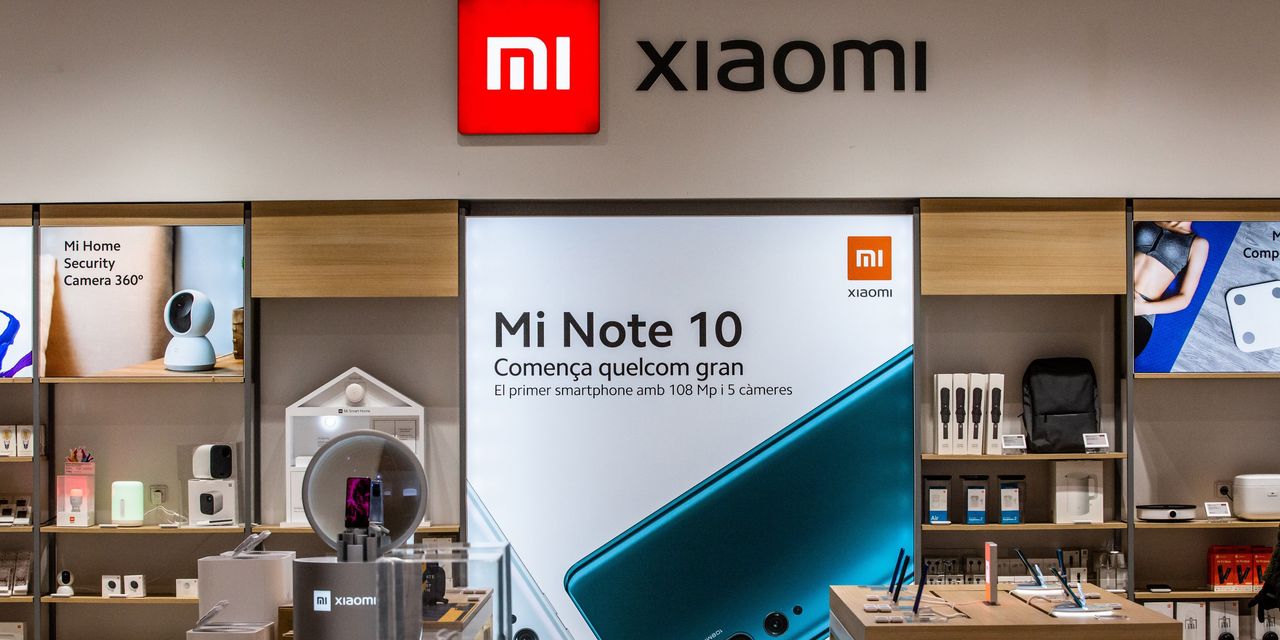 A federal judge has blocked enforcement of the U.S. investment ban on Xiaomi Corp. 1810 4.12% , calling the decision to blacklist the Chinese technology giant “deeply flawed.”

Ordering a temporary halt to the ban in a decision late Friday, Judge Rudolph Contreras cast doubt on the Pentagon’s decision in January to designate Xiaomi as a company with links to the Chinese military. Judge Contreras said the U.S. failed to convincingly show such links in prior filings with the court.

“Xiaomi is a publicly traded company that produces commercial products for civilian use, is controlled by its independent board and controlling shareholders, and is not effectively controlled or associated with others under the ownership or control of the PRC or its security services,” the judge said in the opinion, using the abbreviation for the People’s Republic of China.

Xiaomi said it was pleased with the judge’s ruling and said it would seek permanent removal of the investment ban. The Pentagon didn’t immediately respond to a request for comment.

The decision marks a victory for Xiaomi following its addition, in the waning days of the Trump administration, to the U.S. Defense Department’s list of companies it believed was linked to China’s military. The decision blocked Americans from investing in the company, the world’s third-largest seller of smartphones.

The designation took many company observers by surprise, given the company’s heavy focus on consumer electronics. The company, which denies any military links, filed a lawsuit in the U.S. District Court in Washington, D.C., seeking to overturn the designation.

The Defense Department later justified its decision citing an award given to its founder, Lei Jun, in 2019 for his service to the Chinese state, as well as the company’s ambitious investment plans in 5G and artificial intelligence.

But the U.S. court’s decision on Friday called that rationale deficient, noting that more than 500 entrepreneurs have received a similar award. It also said that 5G and A.I. “are quickly becoming industry standard for consumer electronics devices” and investment in the technologies didn’t necessarily suggest a military link.

While the ruling only grants Xiaomi a reprieve, Judge Contreras said the Defense Department’s decision had caused Xiaomi irreparable harm and said the company was likely to prevail in winning a full reversal of the investment ban. Xiaomi shares have fallen sharply in the wake of its blacklisting, and it was set to be removed from major exchanges and stock market indexes.

The decision is another courtroom setback in the Trump administration’s campaign against China’s technology sector. Last year, two federal judges issued temporary halts to a ban on U.S. downloads of the Chinese social-media app TikTok, saying the U.S. overstepped its authority.

Other Chinese companies have pursued legal fights in the U.S. in response to Trump administration actions with less success. For example, a U.S. judge threw out a lawsuit by telecom giant Huawei Technologies Co. last year that sought to overturn a U.S. ban on its products. Huawei is still pursuing legal action in the U.S.

Write to Dan Strumpf at daniel.strumpf@wsj.com

Appeared in the March 13, 2021, print edition as ‘Judge Blocks Ban on Investing in Xiaomi.’