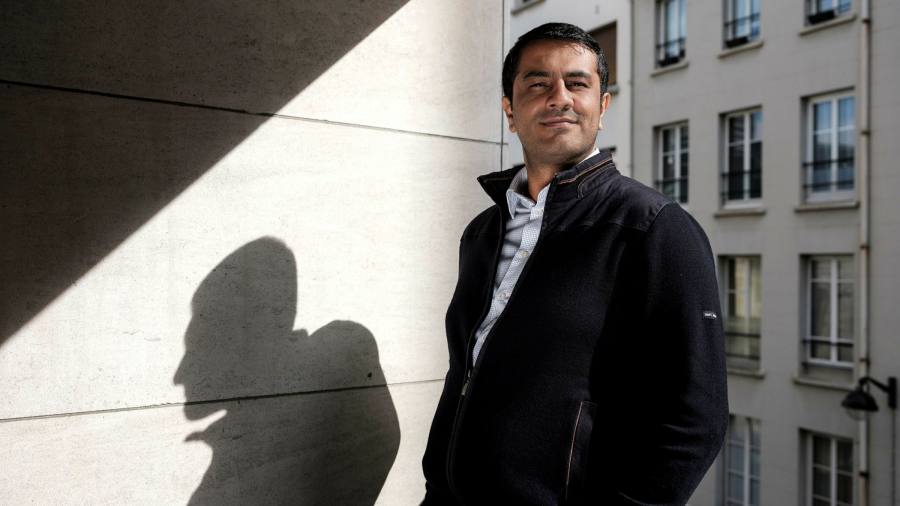 Moustafa Hiridjee can put a price on the negotiation skills he learnt at ESCP Europe: it is the amount he saved in ransom money while brokering his own release as a hostage.

The MBA graduate was a victim of a political kidnapping two years after returning from the Paris-based business school to Madagascar, where he runs a car dealership called Ocean Trade.

“It happened in the middle of the street, on my way home from work, during the general election of 2018,” Hiridjee says. “My car was penned in by vehicles and I was pulled on to the street by men with Kalashnikovs. They knocked out my driver, and in seconds had got rid of my phone, my jacket, my shoes. I was driven away, then they switched cars so we could not be traced.”

The intention of the attackers, Hiridjee subsequently discovered, was to extract money for one of the candidates running for office. After seven days confined to a darkened room with no windows, he agreed to pay $100,000 for his release, a considerable reduction on the $1m his captors were originally seeking, he says.

“It was not pleasant sleeping on a floor with the lights off day and night . . . but it helped that I felt I had some skills from my MBA class to do something about my situation.

“I needed to know whether they would kill me, how much I might need to give them and how much time I had to strike a deal. I didn’t want to go too fast in case I gave the impression that I was easy prey.”

Negotiation classes have been gaining popularity on MBA courses, and not just for those for whom it may be a matter of life and death.

Among a group of 800 prospective students, negotiation was the fourth most popular choice out of a total of 17 possible subject options given to them by researcher Carrington Crisp for its annual Tomorrow’s MBA survey this year. This was a rise from sixth place two years ago.

Employers are also telling business schools that it is a key skill that many interview candidates lack, according to Michael Wiemer, chief officer for the Americas at MBA accreditation body the Association to Advance Collegiate Schools of Business.

“Sales and negotiation classes had for many years taken a back seat to accounting, finance and marketing classes,” Wiemer says. “However, with the emergence of Big Data, analytics and increasingly robust technology-driven CRM [customer relationship management], and other business management platforms, sales negotiations have become much more demanding activities so the need for specialist skills is greater.”

Negotiation classes have broad appeal to students because the lessons learnt can be applied to a variety of management challenges, such as dispute resolution within teams and pay negotiations, as well as landing big deals.

“Many students come in looking to gain confidence as negotiators,” says Niro Sivanathan, an associate professor of organisational behaviour, who teaches the effective negotiation and bargaining course at London Business School.

“Whether your ambition is to become an entrepreneur or climb your way up to partner in a consulting firm, being a negotiator is a life skill and a global currency,” he adds.

Jeanne Brett, professor emeritus of management and organisations at Northwestern University’s Kellogg School of Management in the US, has been teaching negotiation techniques to MBA students since 1981, when she adapted a course taught at Harvard Law School for people looking to strike deals rather than resolve disputes.

Her first class attracted just 17 students, but the following year she accepted double that number and had to turn away many more in order to maintain a manageable cohort.

“I said to the students I cannot handle a class that is too big because we need enough intimacy and trust between students in order to practise different techniques,” Brett says.

“Many of the MBA students arrived saying they were not dealmakers or lawyers but had signed up because they saw the need for the skills to negotiate for resources for their team at work or manage conflict among their subordinates.”

Brett helped other universities develop negotiation classes by offering her teaching notes, case studies and PowerPoint slides for a fee. These royalties have financed research into negotiation techniques for the past 30 years at Kellogg, according to Brett.

Teaching negotiation is a matter of moving through progressively more complex scenarios, according to Richard Shell, a professor of legal studies and business ethics and management at University of Pennsylvania’s Wharton school, who has taught negotiation classes since 1988.

The key elements to principled negotiation

Disentangle the people from the problem

Work together to find creative options for mutual gain

As outlined in the 1981 book Getting to Yes by Roger Fisher and William Ury.

The most important fact Hiridjee felt he had to discover was whether he would be killed. He thanks his MBA negotiation class tutors for giving him the method of questioning to find the answer he needed.

“I started by asking them to call my HR department to show that I had the financial means to pay them. Then a couple of days later I asked the guy responsible for guarding me that the money I had available to me would at least enable me to get a good funeral. His response was reassuring: don’t worry, you are not dying.”

It was important to get as much information as possible before starting to haggle over money, Hiridjee says.

“On the first day they asked me to guess how long it took them to take me out. They then boasted that they were timed to do it because they were military, so I knew how much they were likely to earn and how much I could offer them to get their support.”

Most MBA graduates will never need to negotiate their way out of their own kidnapping. However, skills such as being an active listener and gaining a better understanding of reciprocity and conflict management are valuable in an ever-changing workplace, according to Wharton’s Shell.

“It is the source code for all sorts of interpersonal activity,” he says.