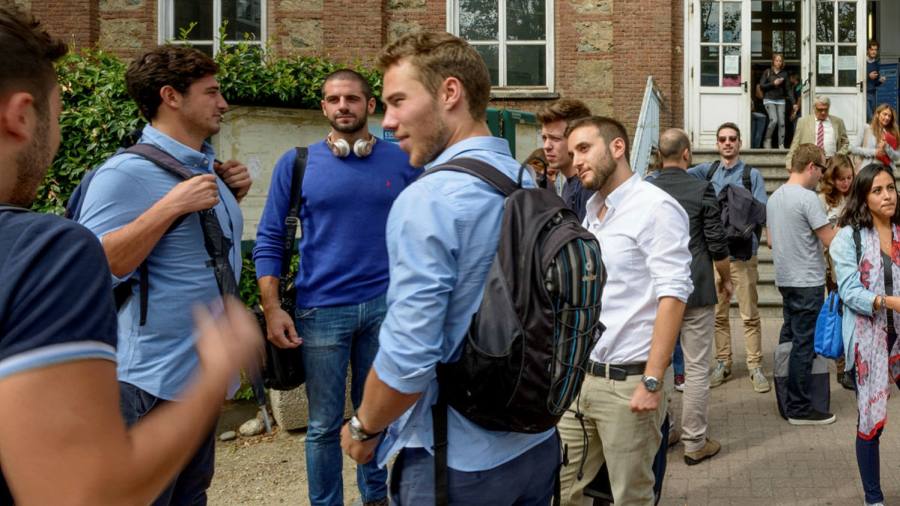 US business schools continue to dominate provision of the world’s leading MBAs despite two European rivals topping the FT’s annual Global MBA Ranking in a market still buoyant in the pandemic.

Insead, based in France and Singapore, and the UK’s London Business School were first and second overall, ahead of Chicago: Booth in third place. However, half of the top 100 schools assessed by the FT are based in the US, including seven of 14 in the highest tier of the ranking.

Ilian Mihov, dean of Insead, said: “This ranking captures many of the key aspects of high quality business schools . . . We are particularly pleased to see how Insead has advanced significantly in the research ranking and in our gender diversity statistics.”

The rankings are calculated from data including alumni salaries three years after graduation, the quantity of research in recognised journals and the diversity of students and faculty. Data gathering was disrupted last year by the pandemic, which led a number of US schools including Harvard, Stanford and Wharton to suspend participation.

However, the FT’s ranking and MBA report show that demand for MBAs stayed strong around the world and the salaries of alumni remained resilient when they were surveyed from September to October 2020, several months after the initial spread of coronavirus caused economic harm.

While ESCP in Paris claims to be the world’s oldest business school, the US pioneered the MBA more than a century ago and the qualification remains a mainstay for many young managers seeking professional advancement.

High US salaries for alumni help to explain the strong position of their schools in the FT ranking. Other leading US business schools which performed well include Yale, Northwestern: Kellogg, Duke: Fuqua, Dartmouth: Tuck and Virginia: Darden.

In a sign of continued interest in MBAs despite the difficulties faced by many prospective students, average tuition fees rose by 3 per cent in dollar terms at the business schools which were ranked both this year and last. A quarter of the schools increased fees by more than 5 per cent.

Weighted salaries of alumni from the ranked schools had risen on average by just over 1 per cent when reported last autumn, over those reported in 2019.

François Ortalo-Magné, dean of London Business School, which increased its fees by over 7 per cent to £92,735 for the academic year starting in 2021, said: “You have to keep in mind this is a market that prices in dollars, and with the drop in the value of sterling compared to the dollar, we remain very good value.”

With tight travel restrictions and lockdowns across much of the world, the average share of international students — those from countries other than the institutions’ home campus — fell by 5 per cent. But the move online has allowed many schools to continue to attract participants regardless of their location.

Student demand for the 2020/21 academic year was up at 72 per cent of the full-time MBA programmes surveyed by the Graduate Management Admissions Council (GMAC), the business school entrance test administrator.

Rahul Choudaha, GMAC’s director of industry insights and research, said: “Demand for full-time MBA programmes remains robust in the context of the continued economic uncertainty. Candidates recognise that a full-time MBA can help them emerge out of a shaky economy more career-ready.”

Several schools in this year’s FT ranking reported double digit percentage increases in applications for the 2020/21 academic year. Iese Business School in Barcelona reported a 12 per cent rise year on year and a record number of applications.