This will be a year of reckoning for many business schools. After 12 months in which MBA admissions teams saw a rebound in applications, driven by people choosing full-time study to escape a difficult jobs market, comes the sobering reality of meeting new student needs in an age of uncertainty.

The movement in this year’s Global MBA ranking illustrates in part how well schools have coped with the turbulence of 2020.

Find out which schools are in our ranking of MBA degrees. Learn how the table was compiled.

For example, one trend among applicants last year, highlighted in the Global MBA report 2021, was to choose courses close to home, given the travel restrictions imposed to prevent the spread of coronavirus. Being located in a large urban area with a big population can be an advantage in times of restricted travel, offering proximity for schools to a large pool of applicants. This is likely to be a factor in the slight shift up the ranking of institutions in global cities, such as London Business School and New York University’s Stern School of Business. (Another factor is that a small number of schools opted out of the ranking, citing concerns that the pandemic might distort results and that they and alumni were too focused on the pressures of Covid-19 to compile the data.)

Coronavirus has magnified differences between the best and the weakest in some metrics used to assess MBA programmes, such as gender balance. The Forté Foundation, a networking group that supports greater involvement of women in business education, reported in December that at a record 22 out of 52 member institutions, more than 40 per cent of students were women. This included eight MBA providers that reported the proportion of women enrolled at 45 per cent or higher, up from three the previous year and none five years ago.

Yet a decline at other schools left the overall proportion of women enrolled across Forté’s member institutions unchanged in 2020 at 39 per cent, following a steady rise in previous years.

“The good news is that despite challenges women face in the pandemic, such as a greater share of job losses, their enrolment in business school did not decline overall,” says Elissa Sangster, Forté chief executive. “But the surge in applications, which typically occurs during a recession, did not spark a corresponding climb in women pursuing an MBA. So, we will need to place even greater emphasis on women’s enrolment to ensure we don’t backslide.”

Scholarships have been key to increasing levels of female participation in recent years, but other, non-financial drivers can matter too, says Sangster. “A lot of the reason why Tuck, at Dartmouth College [in New Hampshire], increased the proportion of women in its MBA by seven percentage points this year to 49 per cent was its increased investment in scholarships,” she says. “However, it also celebrated 50 years of women being admitted into the MBA course. They found that a lot of interest from women was driven by enthusiasm about the anniversary.” 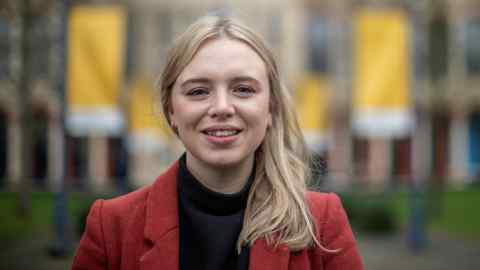 The highest-ranked schools entered 2021 in a position of strength because a powerful brand still matters. The MBA providers that did well during the past year were also those that could offer flexibility in all that they do, whether that be in the requirements of the admissions process or the method of course delivery.

Good communication with students will be key this year, with courses likely to be disrupted by Covid-19 well into 2021. Schools will also need to freshen curriculums to keep their courses relevant.

The 2021 edition of Tomorrow’s MBA, an annual study into postgraduate management courses by Carrington Crisp, an educational research group, suggested that this evolution will follow the “three Cs” — convenience, cost and career. “There are people who will say that I know there are people recruiting where I currently live or my career is here or I am in a relationship, I have children and I simply don’t want to move around the world any more,” says Andrew Crisp, the report’s author.

A desire to study close to home could benefit schools with multiple campuses, such as Insead, at the top of the FT list. Brand recognition will also continue to be important, according to Crisp. “As long as there is demand for those top-brand schools there is still likely to be a premium price paid for their courses,” he says.

“Price competition is likely to be much more of a concern in the middle- or lower-tier schools, and here institutions will have to play to other strengths, such as good connections with the best local employers,” Crisp adds.

Overall, MBA providers had a strong year in 2020 — but it is not a time to be complacent.

Nearly two in three management masters programmes participating in the 2020 application trends survey by the Graduate Management Admission Council (GMAC), the entrance exam administrator, reported an increase in applications for their incoming degree classes. However, that leaves many schools that were unable to increase demand, even in what has been one of the strongest years. That may provide some insight into which will survive the difficult years ahead, according to Rahul Choudaha, GMAC’s director of industry insights and research communications.

“The variation between schools became a lot more apparent in this pandemic,” he says. “We have seen a reconditioning of the way people work, by working online more and travelling less, and some of that will remain. If the future of work is changing, management careers will have to change too. That means the MBA curriculum will have to change and schools will have to adapt to all of this.”

Insead’s MBA tops the ranking for the third time, up from fourth last year. It is also the most cited school from which surveyed alumni said they would recruit graduates. Additionally, the French business school rose up the FT research rank from 18th to third place. More female students (35 per cent) in the school’s recent enrolment, more women on the board and an increased percentage of female faculty members have also improved diversity.

University of Chicago: Booth rose seven places to third overall and is top for average weighted salary, at $200,287. The school is also second for research and third for careers service. However, its salary increase from pre-MBA to three years after completion fell from 123 to 121 per cent and its value for money rank from 82 to 83. Alumni praised the MBA for its good career opportunities and networking. “Booth MBA helped me find a dream job in the field I wanted,” one graduate wrote.

Iese in Spain is top for corporate social responsibility for the second year running. It includes a substantial amount of teaching on the topic in its core curriculum and says that business must make a positive contribution to society through humanistic and ethical management practices. “[Its] focus on ethics and socially driven leadership have directly influenced [and changed] how I manage and lead everyday,” one graduate said.

With a leap of 27 places, HKU in Hong Kong SAR, China, is the highest climber. Its rise to 29th place in the 2021 Global MBA ranking is partly due to its alumni reporting one of the highest salary increases among ranked schools at 127 per cent. This is based on the average difference in alumni salary from before the MBA to now. One graduate said the degree gave “insights into Asian working culture which have greatly helped grow my network”.

Alumni of Fudan University School of Management receive average salaries up 190 per cent from pre-MBA to three years after graduation, at $121,198. Graduates of the Shanghai school came 16th for career progress, with 90 per cent employed three months after graduation. Alumni praised the MBA design: “Course system setting helped me build a full picture of the business, which benefited my career development and daily working,” one graduate said.

The University of Florida’s Warrington College of Business is top for value for money and careers service. The average salary of its alumni is $128,375 three years after completion. Combined with low course costs, this is the reason the school ranks highly for value. An impressive careers service may also contribute to 91 per cent of the most recent graduating class being employed three months after completion.

University of California at Irvine: Merage is nearest to gender parity among faculty, at 45 per cent women. The school also did well in other categories, with women accounting for 57 per cent of students (up 30 percentage points from 2020) and 31 per cent of board members. Merage is 42nd overall, up 23 places from last year. Alumni receive average salaries of $138,946 three years after graduation (up from $135,170).

The Swiss school is top for international mobility, based on graduates’ citizenship, the countries where they worked pre-MBA, on graduation and now. Most recent students (91 per cent) are foreign. One alumnus said the MBA helped him develop a network with people around the globe. St Gallen is also in the top 10 for corporate social responsibility, based on the proportion of teaching hours focused on the topic in core courses.

Beijing’s Tsinghua University School of Economics and Management is the highest new entry, in 67th place. Its success is partly due to one of the highest weighted average alumni salaries three years after completion, at $149,531. Tsinghua ranks 26th for career progress — measured by changes in graduates’ seniority and the size of company where they work. The alumni network was also praised as a source of career opportunities.

The joint MBA from Católica and Nova business schools was ranked top for international course experience for the fourth year running. This measures the proportion of graduates who completed exchange programmes and internships in a country where the school is not based for at least a month. The school’s exchange programme has been described as a life-changing learning experience by past alumni.