A benign side-effect of the pandemic was that I got to meet José Mourinho, the trophy-festooned manager of the Premier League football club Tottenham Hotspur.

I say “meet”, but we were only side by side in boxes on a screen, during a short interview I recorded for December’s virtual Web Summit. Mourinho, whose career includes stints at Manchester United, Chelsea (twice), Inter Milan, Real Madrid and Porto, was polite, to the point, even a little humble. That is not a quality that I had previously associated with “The Special One”, the nickname he acquired after he made a self-aggrandising remark when he first took over at Chelsea. He can exude grumpiness, but he claimed in our interview that coaching was “just a pleasure: my white hair, for sure, has nothing to do with stress and a stressful job”. 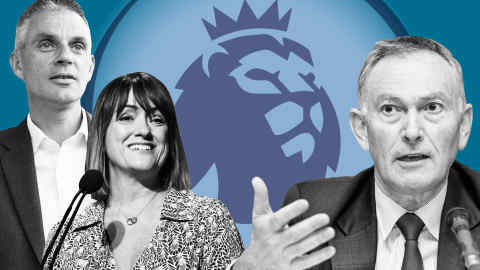 This is not the first time I have had to analyse the Portuguese coach’s work. Football managers are the highest-profile people with “manager” in their job title, and one of the unavoidable aspects of being a management columnist is that occasionally I am asked to compare the challenges facing Mourinho and his profession with those endured by the put-upon sales guy, the ambitious woman in HR or the smug chief executive in the corner office.

There aren’t many parallels. All football managers are leaders, but, as I wrote in 2013, “few jobs are (literally) as goal-oriented, as bounded by rules and as divorced from the profit motive” as theirs. I still believe that high-stakes decisions taken by business leaders are more complex and can have far greater consequences than any taken on the touchline.

If you don’t have fun . . . you don’t bring yourself into the dimension where you can make a difference

As for pressure, the pandemic and its fallout have loaded more stress on to faceless business leaders than Mourinho will undergo in his entire career, even if the 58-year-old continues for another 15 years, as he said he hoped he would. As he put it: “Forget football . . . the world is much more important.”

Where coaches do have something to offer their business counterparts is in showing how to motivate groups of individuals, even if the skittish young thoroughbreds of professional soccer are a different species from the average worker. Here are three more broadly applicable insights from my chat with the Spurs manager. 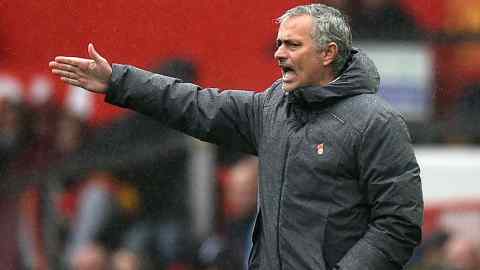 First, have fun. Mourinho admitted he could show an “ugly, hard face” during and immediately after matches. But footage from training sessions suggests that in private he can also project his enjoyment of the game. “If you don’t have fun, if you don’t have pleasure, you don’t bring yourself into the dimension where you can make a difference,” he told me.

I was reminded of that approach when I watched Finding Jack Charlton, a touching documentary about the English player who became a revered coach of the Irish national football team and who died last year. One of the many notes Charlton wrote to himself during his coaching days read simply: “YOU MUST ENJOY. THEY MUST ENJOY.”

Second, be careful with stars who put themselves above the team. When Mourinho left Manchester United halfway through the 2018-19 season, I recorded a short video about how flagging performance and a negative mindset had undermined his position. The third missing element at the time of his dismissal was confidence: his trust in his team, and theirs in him. He had “lost the dressing room”, including some of its highest-profile players. 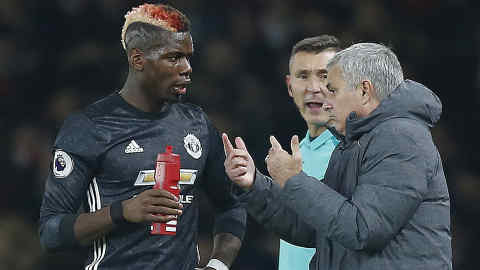 In our interview, Mourinho said: “For me a star player is the player that believes that the team is more important than anything else . . . [When] some player . . . doesn’t share that mentality [and] thinks that he’s more important than the team, he’s above the rules, he’s above any sacrifice that has to be done for the team and for everyone that loves that team and that loves that football club — then it’s a bit difficult.”

Finally, it is fine to aspire to be a manager. Unlike Charlton, who had a distinguished playing career, including winning the World Cup with England, Mourinho was not a big name on the pitch. He became one of the modern-day game’s first great tactical theorists, at a time when, in his words, “the biggest barrier” was a “difficult wall of people” who believed only former players could become great coaches.

To have broken down that wall is quite a legacy, Mourinho told me, with a flash of his notorious arrogance. “I know that many kids, they dream to be coaches. And if I help kids to dream in a certain way, it’s . . . as important or even more important than one more cup or one less medal,” he said.

In business, few admit that they dream of becoming a manager. For all his flaws, Mourinho has gone some way to proving that management — in the strictest sense of helping people be the best they can be — is a noble calling.