The application process for graduate recruitment schemes has always been competitive. Applicants trying to win a role at global banks, professional services companies and law firms have to pass the hurdle of multiple tests, as well as interviews.

Such assessments include psychometric, verbal reasoning and numeracy challenges, and over the past few years a secondary market of tutors and coaches has sprung up, claiming to help candidates navigate them.

Richard Evans, founder of online tutoring platform The Profs, says over the past six years the number of graduates seeking help from tutors with expertise in the online tests and interview techniques has risen. He believes it is because “students are taking a much more active interest in their careers”.

One graduate who found a coach through The Profs had her eye on chartered accountancy at one of the Big Four professional services firms — Deloitte, EY, KPMG, and PwC. She had to take up to three online tests before any video interviews or assessment days. For PwC, she had to download an app to play an eight-level competency-based game, including financial topics such as game theory. “[It] was interesting but also difficult,” she says.

She sought a tutor’s help because she felt she needed the additional support. “I was sceptical that I could achieve my goal alone,” she says. She admits there is plenty of help online for the tests, but a tutor was “reassuring”. In addition to the Big Four, she was also applying for accountancy graduate schemes at medium-sized companies, which had different assessments, and so required different preparation.

So what do such tutors and coaches offer? Ahmed Alaskary, co-founder of Expert Tuition, which provides coaching for aptitude tests for £70 an hour, says it is not only the content of tests that is the challenge, but the time required to do them.

He started the company after spotting a gap in the market, based on his experience of taking such tests. Candidates “struggle to actually complete the test in the time allotted, and they end up therefore not scoring a high enough mark to get to the next stage”, he says. “Our tutors are trying to not just teach the method but how to do the steps in as little time as possible.” 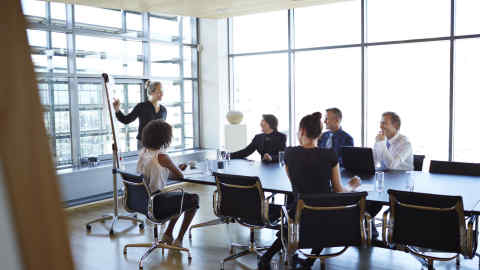 Numeracy coaching at Expert Tuition is generally split into three stages. The first is to teach the content, for example compound interest rates. Candidates will be taken through some simple questions. Once they get to grips with the concepts, they move on to more complex problems. The final stage is to develop the technique of answering questions fast. “We get the stopwatch out,” says Mr Alaskary.

To prep in this way means candidates “are not as intimidated as [they would be] sitting it blindly”, he adds.

Jon Marks, a business and executive coach, has helped people with numeracy and personality tests, as well as interview techniques.

The personality tests are problematic because companies look for different things, so a candidate needs to study the job description, pick out the key words and phrases, such as “communication skills”, and understand what the group wants.

Mr Marks investigates his clients’ knowledge and experience, together with their success stories. He believes it is also crucial to teach candidates how to research a company.

During the pandemic, job interviews have switched to video-link, so people also want to develop this skill. However, he acknowledges in the current climate, the number of clients has fallen.

The aspiring accountant who had sought the support of a tutor had an intensive assessment at the beginning of the first UK lockdown, which she says was different to how normal interviews are structured. Following online tests, she had a two-hour video interview with some questions based around “real-life” scenarios. “It was more intense than a face to face interview,” she says.

But does turning to coaches for this sort of help mean graduate applicants are gaming the system? Ryder Gourdeaux, co-founder of Tutor Tutor, which provides training for the SHL tests that are used by a variety of employers for £30 an hour, says tuition helps them to get their foot in the door. But in the case of numerical tests, these “are at a very early stage in the application process, it in no way guarantees that the applicant will be successful”, he adds.

One senior recruiter at a large professional services firm says his concerns around the secondary market are that students might be getting the wrong information and that the coaching is not worth paying for. If an applicant successfully games the process, they could end up in a role that is not right for them. He also cites the division it creates between those with the money to pay for coaching and those without.

He adds that throughout assessments, his firm looks for strengths rather than right or wrong answers: “It’s much more about how they approach problems.” 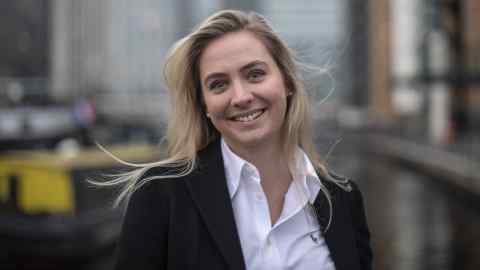 The company has also changed its interview process so it focuses on strengths and behaviours. In the past, interviews tended to be competency based where candidates were asked about experiences that demonstrated a particular skill or attribute.

These experience-based interviews, he adds, “makes it hard to differentiate who is the best fit for the role” and favours those with the means to access a variety of experiences during sixth form and university.

But Mr Evans believes the service The Profs provides is more akin to mentoring, so applicants go for the right job that suits their skills. “We give [graduates] deeper insights into roles” and after gaining some understanding of different jobs, “it is not uncommon for them to change their mind”. For example, he says he explains the logic behind the psychometric tests so candidates can understand whether they can deal with stress or are more of a thinker.

Meanwhile, the graduate with an eye on the Big Four has since decided to pursue her ACCA chartered accountancy qualification with her current employer but says if you can afford the support and find the right tutor, the investment is worth it. “I don’t think I would have secured some of the assessment days without help.”

However, she believes universities should offer better support for graduates who want to apply to these schemes as it is unfair for those who cannot afford the extra help.