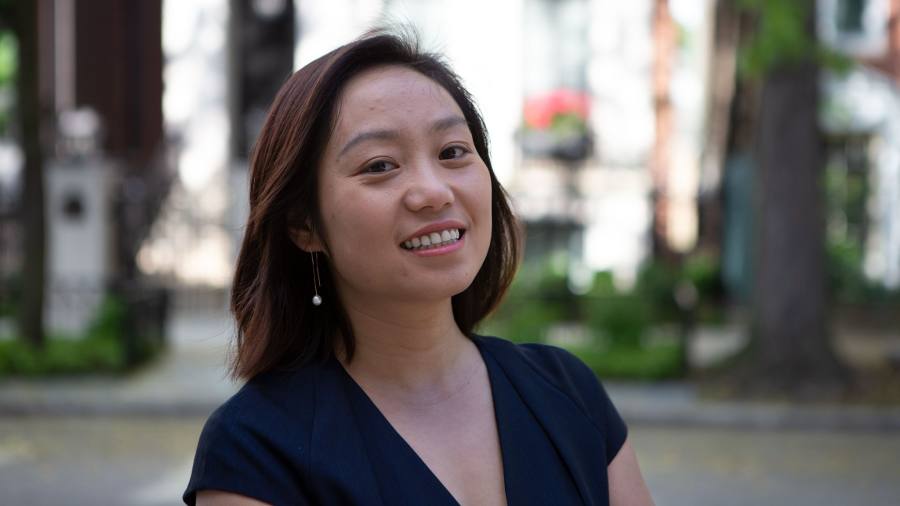 I grew up in a very rural place in China, in a province called Guizhou where not even many Chinese people have been. It is buried in the mountains, and is one of the poorest provinces in China.

I was a curious kid, and a lonely kid because of the one-child policy, and I would look at aeroplanes flying over the mountains and wonder if I’d one day be able to catch one to see what was on the other side.

The way it turned out, I rode a plane for the first time when I flew to France to do a masters in management at HEC Paris. I was accepted by five universities, but HEC gave me a full scholarship. Even my undergraduate studies in China had been very difficult financially for my parents.

I didn’t even know what HEC was, only that it was very prestigious. I remember meeting the French elite kids who were doing prep courses, which shocked me. They had a fencing class! In China, at PE you would run and do gymnastics, but they would do judo and horseback riding. I thought: this is definitely a different way of living, a different dimension of life.

To get out of my province I studied hard, always striving to be number one. Sometimes I was number two and would be very disappointed. But I passed my entrance exam and studied international finance at the University of Wuhan. The university had a good relationship with the French consulate, which hosted a night programme where perhaps 15 selected students would talk about French culture and business and learn the language. Since it was free and I had time to kill, I stumbled into France.

I started the masters at HEC in 2001 and we had 386 people on the course, I remember the number vividly because I got a certificate at the end of my first year that told me I was in the top 30 of this cohort. The students were from everywhere and it was the first time I interacted with international people. I also realised that in China you study by the book, individually; you memorise a lot of things and get high test results. In business school, I learnt that you work through other people. The individual effort is not as important, it is how you collaborate with people from different contexts with varying life experiences.

We had a great course on human resources, where we were tasked to interview people at other firms to understand how to best prepare ourselves for a job at a big company. I remember my coursemates said I could prepare the slides and they could present on my behalf, as my French was not very good, but I insisted. I wanted to challenge myself, and it was a team effort after all.

I spoke French, but I had learnt without the context of the country itself. I could read and write, but conversations were difficult. I could not afford a TV, so I got a radio and locked myself in for long nights forcing myself to listen to it, until it became easier. I overcompensated with diligence.

I am still in touch with many of my old classmates, we bounce ideas or referrals off each other once in a while.

When I was younger, I wanted to excel in everything and cared mostly about ticking boxes — I had a list of jobs I had to do, countries I had to visit and titles I needed to pursue. At a certain stage I asked myself how far I wanted to go; what was next. By definition, the pyramid is more narrow at the top, and at what point will I say that I’m satisfied?

Today, I am senior vice-president, global treasurer & head of global business excellence at Kraft Heinz and I manage our debt, cash and foreign exchange, insurance and pensions. A few months ago, I moved from the head office in Chicago to Amsterdam, expanding my scope to include global finance, manufacturing, logistics and procurement.

When I was at HEC, my dream was to become an international tour guide, which would allow me to travel the world and interact with people from all over. Now I look back wondering, did I realise my childhood dream? I deviated a little, but I have lived in seven or eight countries and met so many fantastic people, so I’d say that yes, I did.

I am who I am thanks to a lot of feedback and help on the way, so I take coaching and mentoring seriously. When you see a person with potential and you help unleash it, you can have a profound impact on that individual and the people they end up helping.