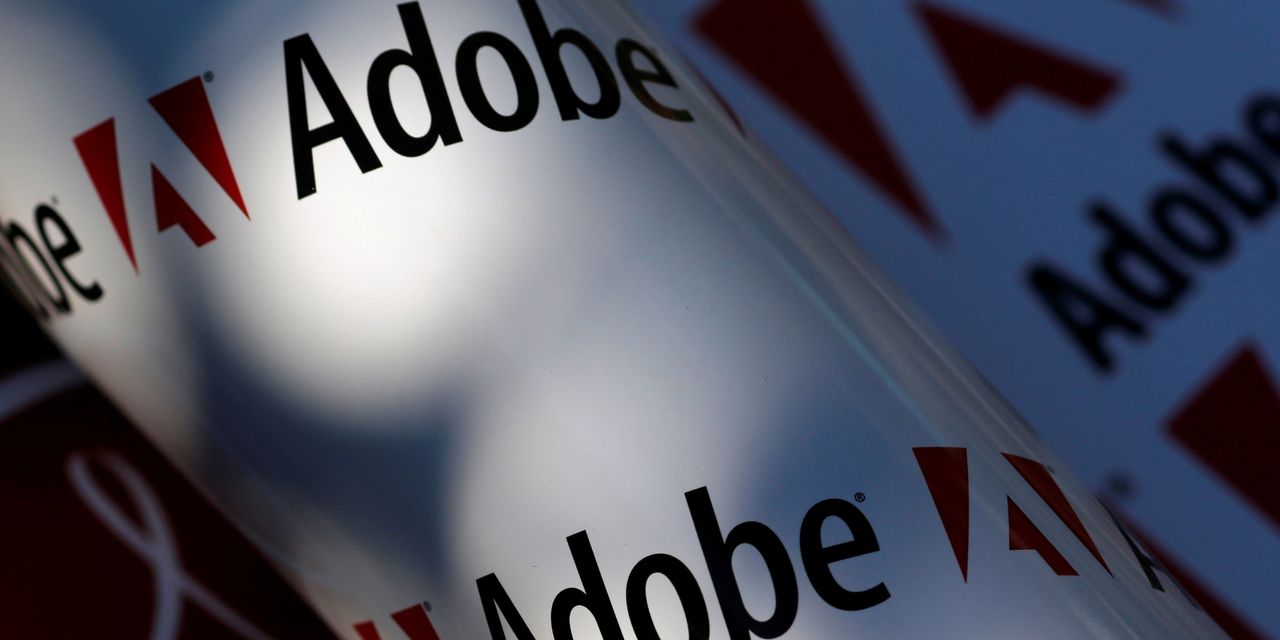 Adobe Inc. ADBE -16.79% agreed to buy collaboration-software company Figma for around $20 billion, using the biggest deal in its history to acquire a small-but-fast-growing rival that the tech giant hopes can give it access to a broader group of customers.

Figma is relatively little known to the wider public but its cloud-based collaboration tools have gained a loyal following among software developers and product managers who build apps and other technology products. Adobe executives said they think the acquisition will enable them to tap into demand from such users in a way that is complementary to the base of designers who use its existing software tools.

David Wadhwani, president of Adobe’s digital-media business, said the stock market’s swoon, which makes it harder for tech startups to go public at valuations they desire, had helped enable the deal. “I think moments like this create opportunities that don’t exist at other times,” he said in an interview.

But Figma is fetching a steep price from Adobe, which will pay for the deal using roughly half cash, half stock. The smaller company was valued at $10 billion in a funding round last year and has been expected to surpass annual recurring revenue of $400 million for 2022—about one-50th of its sale price. Adobe said Figma has gross profit margins of approximately 90% and positive operating cash flow.

Adobe, based in San Jose, Calif., unveiled the deal Thursday morning with its quarterly results, which it pulled forward from a planned afternoon announcement after The Wall Street Journal began inquiring about an acquisition Wednesday. Adobe reported fiscal third-quarter net income of $1.14 billion and revenue of $4.43 billion, which was up 13% year-over-year. It also issued fourth-quarter revenue guidance that fell below Wall Street expectations, citing foreign-exchange challenges tied to the run-up in the U.S. dollar.

Adobe’s shares ended Thursday trading down nearly 17%, amid concern about the outlook and worry that the deal shows the company might be worried about being outflanked by some competitors. Its shares are down around 45% this year through Thursday, while the Nasdaq Composite Index is down around 26%.

Adobe, which had a market value of about $174 billion before the deal was announced, is best-known by consumers for software programs—including Adobe Photoshop, Adobe Illustrator and Adobe Acrobat—used for graphic design, video editing and more. It also has segments focused on analytics and marketing as well as publishing.

Figma’s products are akin to digital whiteboards in which designers and engineers can share design iterations and annotate them with feedback and suggestions.

Some investors viewed Thursday’s deal as an implicit acknowledgment that Figma and a rival online design and publishing tool called Canva, among other competitors, have been making inroads into Adobe’s market for design tools, Bernstein Research analyst Mark Moerdler said in a note Thursday.

“‘As cliché as it is, this is definitely a one-plus-one-equals-three kind of situation.’”

“It would seem that this is a hefty price tag (even considering its very strong growth rate) given the recent decrease in valuations across software and especially at Adobe,” he wrote. “Our initial thoughts are that this was an acquisition driven by need and not opportunity.”

Adobe’s Mr. Wadhwani pushed back against the idea that the acquisition is defensive, saying that Figma’s customers are a new segment of users that aren’t designers but mostly software developers and product managers. He said Figma’s total addressable market is $16 billion, while Adobe is targeting a market that is $60 billion.

“As cliché as it is, this is definitely a one-plus-one-equals-three kind of situation,” Mr. Wadhwani said.

Figma was started by Dylan Field and Evan Wallace, who both studied computer science at Brown University. Mr. Field, now chief executive, will continue to oversee Figma while reporting to Mr. Wadhwani following the deal’s close, the companies said.

Mr. Field said that the acquisition will help Figma move faster. “This is a way that we can continue to have a lot of autonomy, while also being able to accelerate the business, leverage the talent, expertise and technology of Adobe,” he said.

Adobe CEO Shantanu Narayen said in an interview that everything we see on screens starts as a concept, which Figma’s FigJam product allows people to generate collaboratively and remotely.

“When you go to engage with a mobile application on the web, somebody has to design that and then translate that into code,” he said. “That’s what Adobe and Figma can do.”

The software sector typically supplies a steady source of deals each year as established players continually seek to expand their offerings, especially those for corporate customers. Notable combinations in recent years include Salesforce.com Inc.’s $28 billion purchase of Slack Technologies Inc. But such deals slowed in 2022 along with deal making in general, which is down 30% to date, according to Dealogic. They have been hampered by volatile stock prices, uncertainty over the economy and the antitrust environment.

Adobe’s deal for Figma, if completed, would mark one of the largest-ever buyouts of a venture capital-backed startup in the U.S.

The deal would be a win for several prominent venture investors, including Sequoia Capital, which led a deal in 2019 that valued Figma at $440 million, according to PitchBook. Other investors in the company include Kleiner Perkins, Greylock Partners, Andreessen Horowitz and Index Ventures.

—Eliot Brown contributed to this article.