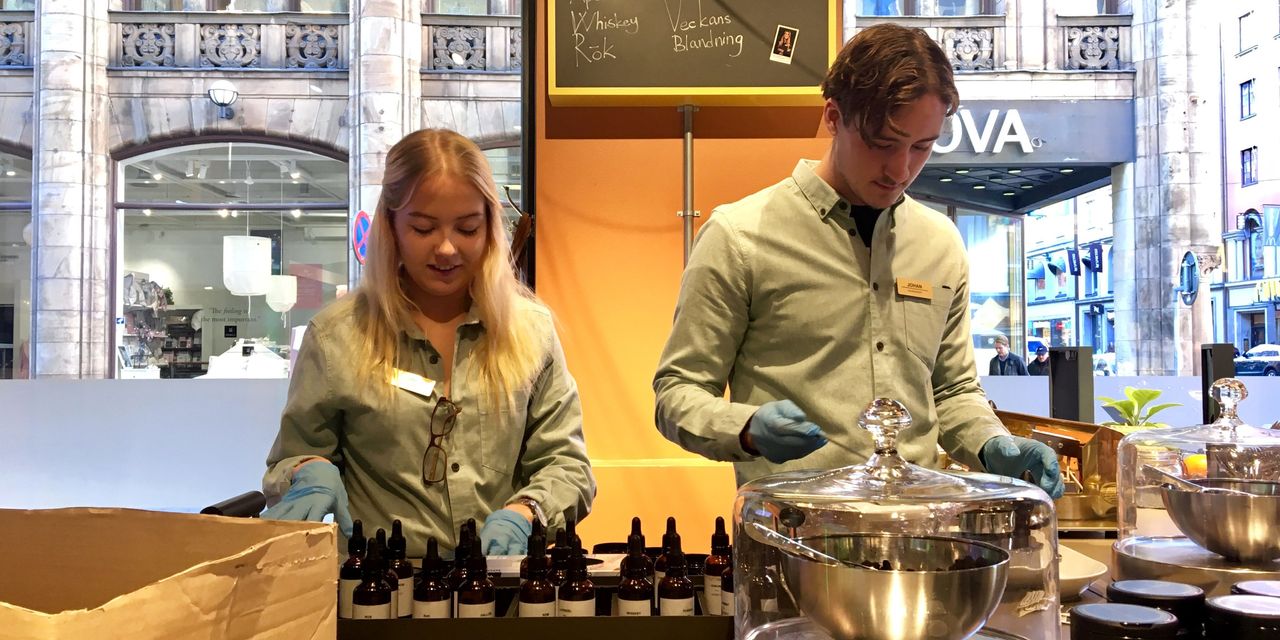 Philip Morris International Inc. PM 0.94% is in advanced talks to acquire Swedish Match SWMA 24.64% AB, according to people familiar with the matter, in a deal that could be valued at $15 billion or more and bolster the tobacco giant’s exposure to the rapidly growing market for smoke-free brands.

The talks between U.S.-based Philip Morris and Stockholm-based Swedish Match could yield a deal as soon as this week, the people said, cautioning that the talks could still fall apart. The potential terms and contours of any deal couldn’t be learned.

The companies confirmed the talks in separate statements after The Wall Street Journal reported on the potential deal Monday morning.

Swedish Match was valued at about 117 billion Swedish krona, or almost $12 billion. With a typical premium, it could be valued at $15 billion or more. Philip Morris has a market value of about $155 billion.

Shares in Philip Morris closed up less than 1% on a day when the markets swooned. U.S.-listed shares of Swedish Match jumped about 20%; trading in Stockholm was closed.

Swedish Match posted double-digit sales growth last year, led by its smoke-free division in the U.S., where ZYN is its fastest-growing product.

The company has been expanding into alternative tobacco products that are less harmful than smoking.

Cigarette sales have been declining almost unabated for years because of the health hazards and the stigma attached to smoking. That is pushing PMI and its rivals to seek new revenue sources by investing billions of dollars into e-cigarettes, heated-tobacco devices and other products the companies say are less harmful and can be used more discreetly.

Demand in the U.S. is growing for next-generation tobacco alternatives. Vaping-product sales in U.S. stores tracked by Nielsen increased 11% in the 52 weeks ended April 23 compared with the previous year, according to Goldman Sachs analyst Bonnie Herzog. The U.S. vaping market is led by Juul Labs Inc. and Reynolds American Inc., a subsidiary of British American Tobacco.

Philip Morris is among the most aggressive in making this pivot toward such products. It aims to generate more than 50% of net revenue from smoke-free products by 2025. Last year its smoke-free portfolio, led by the company’s IQOS devices that heat rather than burn tobacco, accounted for about 29% of net revenue, or $31.4 billion.

The company generates revenue through international sales of its cigarettes, e-cigarettes, heated-tobacco products and nicotine pouches. Nicotine pouches are small packets containing nicotine and flavorings, without any tobacco, that are placed between the lip and gum.

Last year, Swedish Match’s shipments of cans of nicotine pouches in the U.S. rose 52% from 2020, according to the company’s website. That compares with shipment declines for moist snuff because of higher consumer prices and a shift to nicotine pouches. Chewing-tobacco shipments also fell after an unusual jump in volume in 2020 that likely resulted from the impact of Covid-19 on consumer behavior, according to the company’s website.

Swedish Match’s share of the nicotine-pouch market in the U.S. fell to 64% last year from almost 75% in 2020, suggesting competition is making inroads. Swedish Match is set to report its first-quarter earnings Wednesday.

Philip Morris would be acquiring Swedish Match’s operations that make cigars, matches and lighters, too. Swedish Match had intended to spin off its cigar business as part of a plan to stop making combustible-tobacco products, but in March, the company suspended that effort indefinitely because of “regulatory uncertainties facing the cigar business.”

Acquisitions are proving to be a key part of Philip Morris’s plan to cut its reliance on cigarette sales. A deal for Swedish Match would be at least the fifth—and the largest—since the beginning of last year. Those deals include the $1.24 billion takeover of U.K. pharmaceuticals operation Vectura Group as part of a plan to build a business around inhaled therapeutics.

Write to Ben Dummett at ben.dummett@wsj.com and Cara Lombardo at cara.lombardo@wsj.com