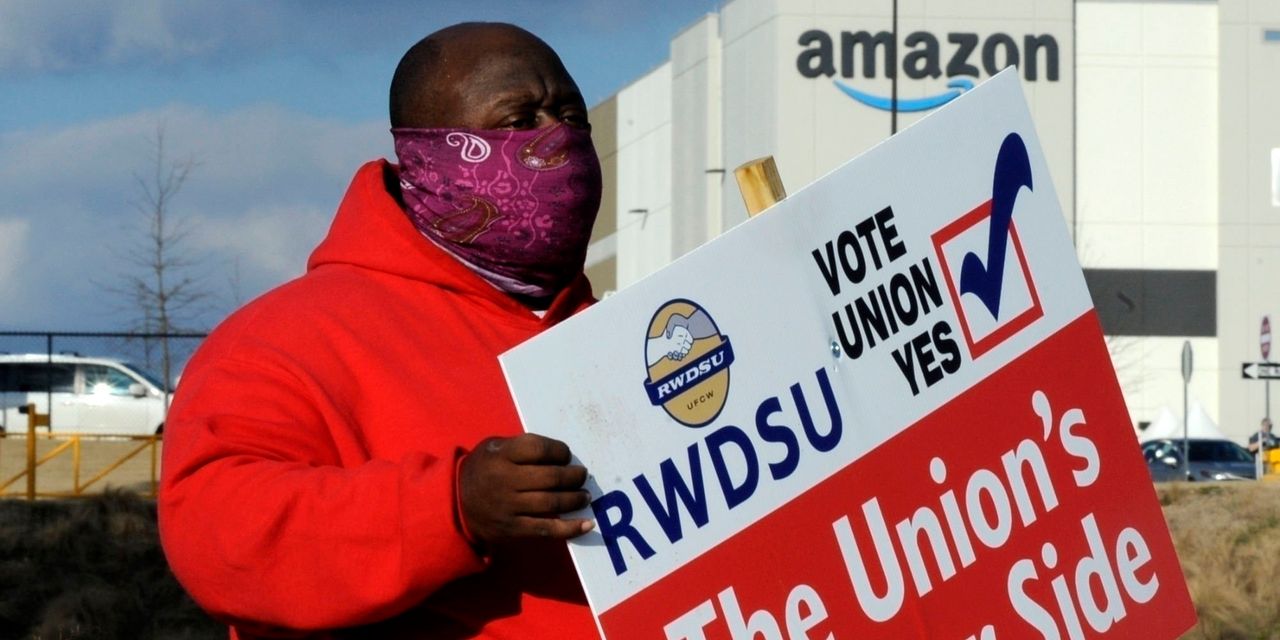 If workers at an Amazon.com facility in Bessemer, Ala., vote to unionize, it would boost the number of workers who have opted to join a union in a state that has membership rates below the U.S. average.

But the vote, the counting of which began March 30, is also being closely watched for other reasons—among them Amazon’s position as the second-largest U.S. employer, and the prospect that a “yes” vote would buck a general trend toward dwindling private-sector union membership rates seen since the ’60s.

Unionization has fallen across a range of industries over the past two decades.

Amazon, which has operations in all 50 states, has roughly 950,000 employees in the U.S., none currently unionized. The company is the second-biggest U.S. employer after Walmart Inc., which it is expected to overtake in the next few years.

Amazon says it has created more than 9,000 jobs in Alabama, where it has two delivery stations and five Whole Foods Market supermarkets in addition to its fulfillment and sorting center in Bessemer.