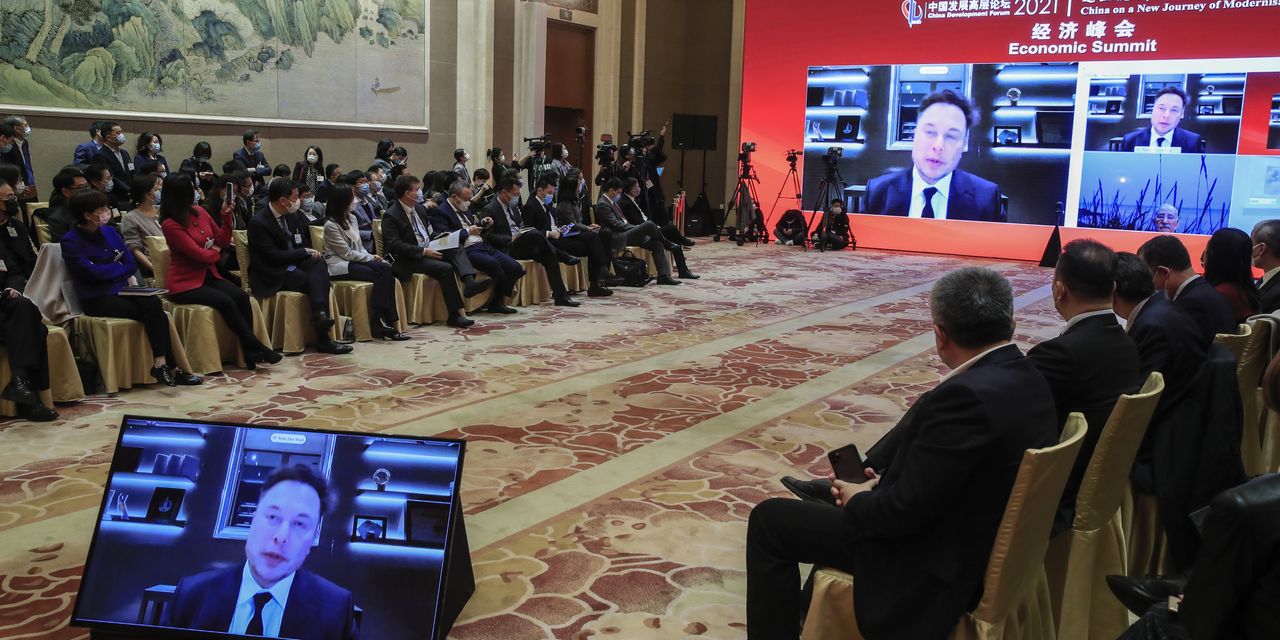 SHANGHAI— Tesla Inc. TSLA 0.26% would never provide the U.S. government with data collected by its vehicles in China or other countries, Elon Musk, the company’s chief executive, told a high-level conference in China.

Mr. Musk’s assurance that Chinese customer data is fully protected followed the Chinese government’s decision to restrict the use of Tesla cars by military personnel or employees of key state-owned companies, as first reported by the Journal on Friday. Beijing had acted out of concern that sensitive data such as images taken by the cars’ cameras could be sent to the U.S., according to people familiar with the matter.

Speaking via video link Saturday to the government-backed China Development Forum in Beijing, Mr. Musk said that no U.S. or Chinese company would risk gathering sensitive or private data and then sharing it with their home government.

“Whether it’s Chinese or U.S., the negative effects if a commercial company did engage in spying—the negative effects for that company would be extremely bad,” Mr. Musk said. If Tesla used its cars to spy in any country, he said, it would be shut down everywhere, which he called “a very strong incentive for us to be very confidential.”

“Even if there was spying, what would the other country learn and would it actually matter? If it doesn’t matter, it’s not worth thinking about that much,” Mr. Musk said. U.S. concerns about Chinese spying via TikTok are irrational, he argued: The platform’s videos mostly show people “just doing silly dances.”

Tesla has been seen as a model foreign company in China. It won strong support from Shanghai authorities to set up in the city, and in 2018 became the first foreign auto maker in China to gain approval for a wholly owned factory—that is, without a local joint-venture partner. Chinese state banks financed the project.

China has also become a core market for Tesla, last year accounting for about a quarter of its global sales of roughly 500,000 vehicles.

While continuing to expand the Shanghai plant and ramp up local production of the Model 3 sedan and the Model Y compact crossover vehicle, Tesla had its first serious run-in with the Chinese authorities last month. The State Administration for Market Regulation, the country’s top market regulator, publicly rebuked the company over quality issues.

Tesla responded with a statement saying it “sincerely accepted the guidance of government departments” and would make improvements having “deeply reflected on [its] shortcomings.’

—Bingyan Wang in Beijing contributed to this article.