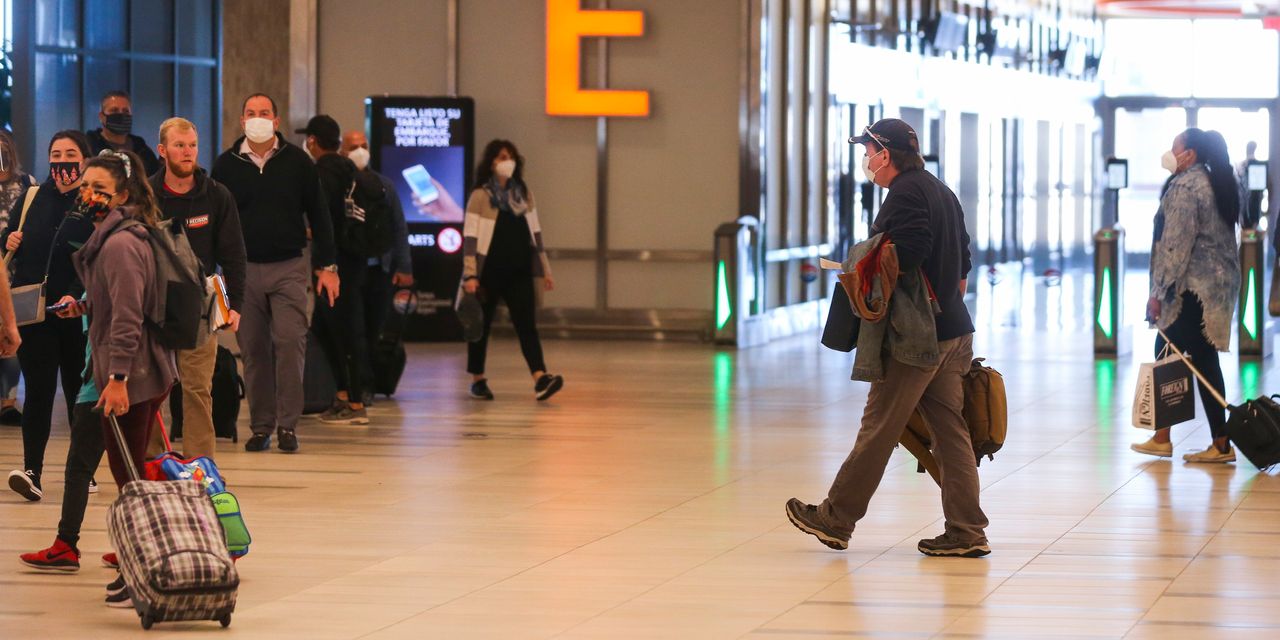 Airline executives said they are starting to see a path out of the coronavirus pandemic as more passengers resume travel, following a weekend when airport volumes hit their highest levels in a year.

“We’ve seen some glimmers of hope over the last year, but they’ve been false hope,” Mr. Bastian said. “But this seems like it’s real.”

The pandemic brought travel to a near halt last spring. Travel restrictions and fear of infection kept people at home and out of airports for most of the year: U.S. airlines carried 60% fewer passengers in 2020 than in 2019, bringing passenger traffic to the lowest level since the mid-1980s, according to the Bureau of Transportation Statistics.

Major U.S. airlines lost about $35 billion in 2020. But on Monday, United and Delta said they could stop bleeding cash this month.

That was hard to imagine at the beginning of this year. Airline executives said January and February were even weaker than they expected, as a high numbers of cases, the rise of more contagious variants, and new Covid-19 testing requirements for people arriving from abroad had a chilling effect.

Executives said they remain cautious. The Centers for Disease Control and Prevention still advises against travel, and the number of people passing through U.S. airports is still half—or less—of what it was for most days in 2019, according to the Transportation Security Administration.

But the numbers are climbing. Airports screened nearly 1.36 million people Friday and more than 1.34 million people on Sunday, two of the busiest days since March 2020.

Numbers of new Covid-19 cases are dropping, and distribution of vaccine doses has picked up. President Biden said earlier this month that the U.S. will have enough vaccines for all American adults by the end of May.

Some states, including New York and Connecticut, are relaxing rules requiring that inbound travelers quarantine.

And there is more to do once people arrive. California, for instance, has paved the way for Walt Disney Co. ’s Disneyland and other attractions to reopen at limited capacity if certain test positivity benchmarks are met. State and local governments—even in heavily restrictive states such as Michigan and Illinois—are allowing restaurants to seat some patrons indoors again.

Amy Curtis, who lives in Arizona, has been vaccinated since the end of February. When she learned over the weekend that her mother in Pennsylvania had also received her second shot, Ms. Curtis decided to book a visit.

“It was one of those impulsive things,” she said. “Life is so short—I feel like I need to take this opportunity. I don’t know when I may have it again.”

Ms. Curtis said she doesn’t yet feel comfortable traveling just for fun or vacation. But others are hitting beaches and ski resorts, according to airlines and analysts. JetBlue sold more bundled flight-and-hotel vacation packages last week than ever before, Chief Executive Robin Hayes said at the conference hosted by JPMorgan Chase & Co.

“There has been progressive growth in U.S. domestic bookings every week since the beginning of the year,” said Olivier Ponti, vice president of insights at ForwardKeys.

The recent uptick in flight bookings is helping to stem the amount of cash the carriers have been losing daily, executives said Monday. Airlines have been on track to burn through $150 million in cash a day during the first three months of this year, according to trade group Airlines for America.

“We know that we can’t yet put Covid in the rearview mirror,” Mr. Kirby said, noting that the airline remains unprofitable and would have to focus on repaying the debt it has taken on. But he said he expects there could be a steady travel boom on the way after a year when many people suspended or curtailed leisure experiences.

Airline executives have long said that travel demand would roar back once more people are vaccinated. While many international borders remain closed and businesses aren’t rushing to resume client meetings and conferences, executives said there are signs that pent-up demand is returning.

Carriers are also on firmer financial footing, having secured three rounds of government aid to cover the costs of paying workers, in addition to billions of dollars of private funding. The American Rescue Act that President Biden signed into law last week includes $14 billion to cover salaries and benefits for airline workers in exchange for pledges not to furlough or lay off employees until the fall. That brings the total amount of government payroll support for airlines to $54 billion.

American Airlines also said last week it would raise $10 billion by putting up its frequent-flier program as collateral.

Mr. Parker said, “For the first time since this crisis hit a little over a year ago, we at American are not looking to go raise any money.”

How the Reopening Will Affect You