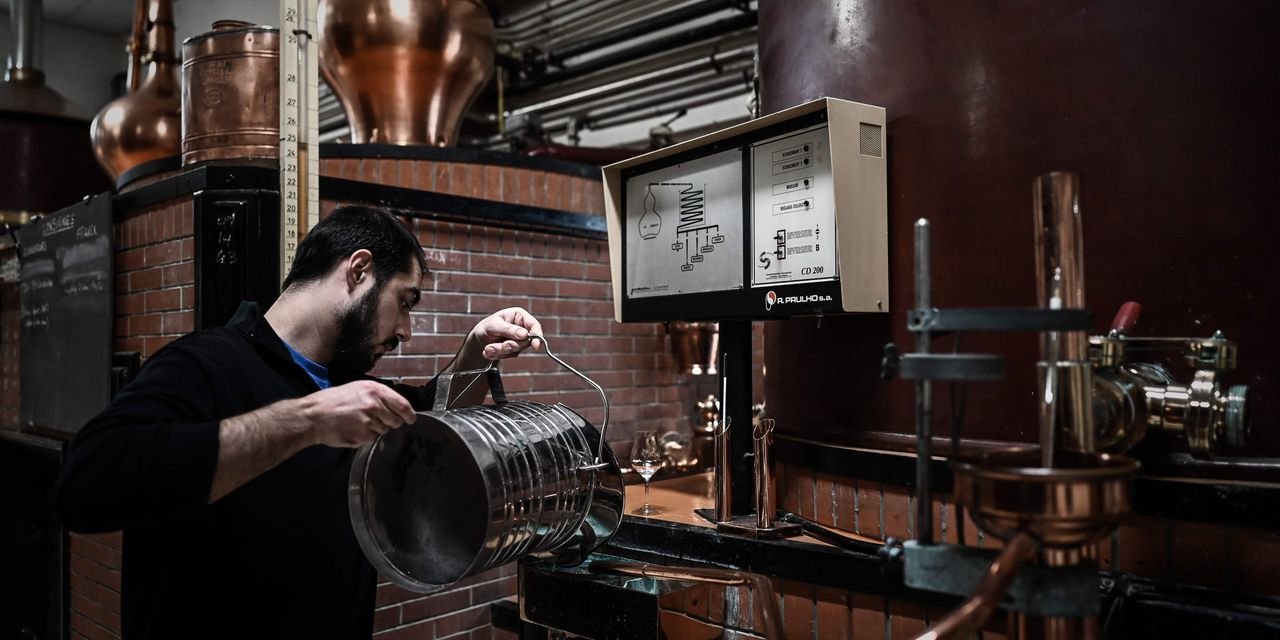 The U.S. and the European Union agreed Friday to suspend tariffs on wine, luggage, produce and other goods related to a longstanding dispute over government subsidies to Boeing Co. and Airbus SE, in a sign of easing trade tensions.

The four-month suspension followed a conversation between President Biden and European Commission President Ursula von der Leyen, who both said the tariff cease-fire was a chance to improve strained bilateral ties.

The decision results in the temporary removal of tariffs imposed on products worth $11.5 billion, including levies of 25% the U.S. imposed on $7.5 billion in imported European products, including wine, whiskey and food items like cheese and olives, as well as aircraft.

In exchange, the EU will lift duties on $4 billion U.S. products including jetliners, wine, suitcases and produce including nuts and cherries. It will also remove tariffs on U.S.-made rum, brandy and vodka, but not on American bourbon and other whiskeys targeted in a separate trade dispute.

The White House said that Mr. Biden underscored to Ms. von der Leyen his commitment to “repair and revitalize the U.S.-EU partnership.”

“Noting our shared values and the world’s largest trade and investment relationship, the leaders agreed to suspend the tariffs related to the World Trade Organization (WTO) Aircraft disputes for four months and to work toward resolving these long running disputes at the WTO,” the White House said.

Ms. von der Leyen hailed the decision as a fresh start for the trans-Atlantic relationship.

“This is excellent news for businesses and industries on both sides of the Atlantic, and a very positive signal for our economic cooperation in the years to come,” she said in a statement.

U.S. lawmakers and groups representing beverage importers and restaurants have urged the Biden administration to lift the retaliatory tariffs in recent weeks, saying they were hurting the hospitality industry at a time when its businesses are struggling amid the pandemic.

“Lifting this tariff burden will support the recovery of restaurants, bars and small craft distilleries across that country that were forced to shut down their businesses during the pandemic,” the Distilled Spirits Council of the United States said Friday.

The group hailed the agreement as a positive development even though EU levies will remain on American whiskey, Harley-Davidson motorcycles and other goods that were imposed to retaliate against imported steel and aluminum levies imposed by the Trump administration. Those U.S. tariffs also remain in place.

The suspension of the aircraft-related tariffs reflects easing of trade tensions between Washington and its trading partners following the aggressive trade policies of former President Donald Trump, who contended that global trading partners had long been taking advantage of the U.S.

Mr. Biden has said he wants to work closely with allies, and his nominee for U.S. Trade Representative, Katherine Tai, said during her confirmation hearing last week she was eager to resolve the aircraft dispute.

The U.S.-EU announcement came a day after the U.S. and the U.K. unveiled a similar agreement, in which both countries suspended retaliatory tariffs in the aircraft dispute for four months. The decision has resulted in the removal of U.S. tariffs on Scotch, cheese and other products from the U.K.

In a statement, Airbus welcomed the decision and said it supports “all necessary actions to create a level-playing field and continue to support a negotiated settlement of this longstanding dispute in order to avoid lose-lose tariffs.”

Boeing said in a statement that it welcomed the suspension, and that it hoped for “productive negotiations to finally resolve this dispute and bring a level playing field to this industry.”

The Airbus-Boeing dispute started in 2004 when the U.S. filed a complaint with WTO, claiming the EU’s subsidies for Airbus put Boeing at disadvantage. Under the Trump administration, the dispute turned into a tariff fight that snared food and beverage industries unrelated to aircraft manufacturing. Washington imposed tariffs on $7.5 billion worth of European wine and food items in late 2019.

The EU hit back with levies on U.S. whiskey, nuts and tobacco valued around $4.5 billion. The U.S. stepped up the sanctions on Dec. 31 with additional tariffs, placing virtually all wine imports from France and Germany under its 25% tariff.

In the aircraft manufacturing industry, jetliner deliveries are well below their pre-pandemic levels as the drop in travel demand led cash-strapped airlines to defer or cancel orders. However, some customers have said the tariffs—and who pays them—remain a constraint on the number of deliveries.

“It has to get resolved. There are no winners out of this,” Aengus Kelly, chief executive of AerCap Holdings NV, one oif the world’s biggest aircraft leasing companies, said at an investor event last week.

Delta Air Lines Inc. expanding Airbus fleet made it among the U.S. carriers most affected by the EU action, while Ryanair Holdings PLC’s Boeing 737 MAX delivery schedule made it the most exposed European airline this year. Carriers haven’t disclosed whether they or the manufacturer paid the tariffs.

Delta and JetBlue Airways Corp. each received three Airbus jets last month, which would have been subject to the EU tariffs. Boeing reports final February deliveries next week, with only a single 737 MAX delivery to TUI AG so far disclosed among European customers.

Write to Yuka Hayashi at yuka.hayashi@wsj.com, Laurence Norman at laurence.norman@wsj.com and Doug Cameron at doug.cameron@wsj.com