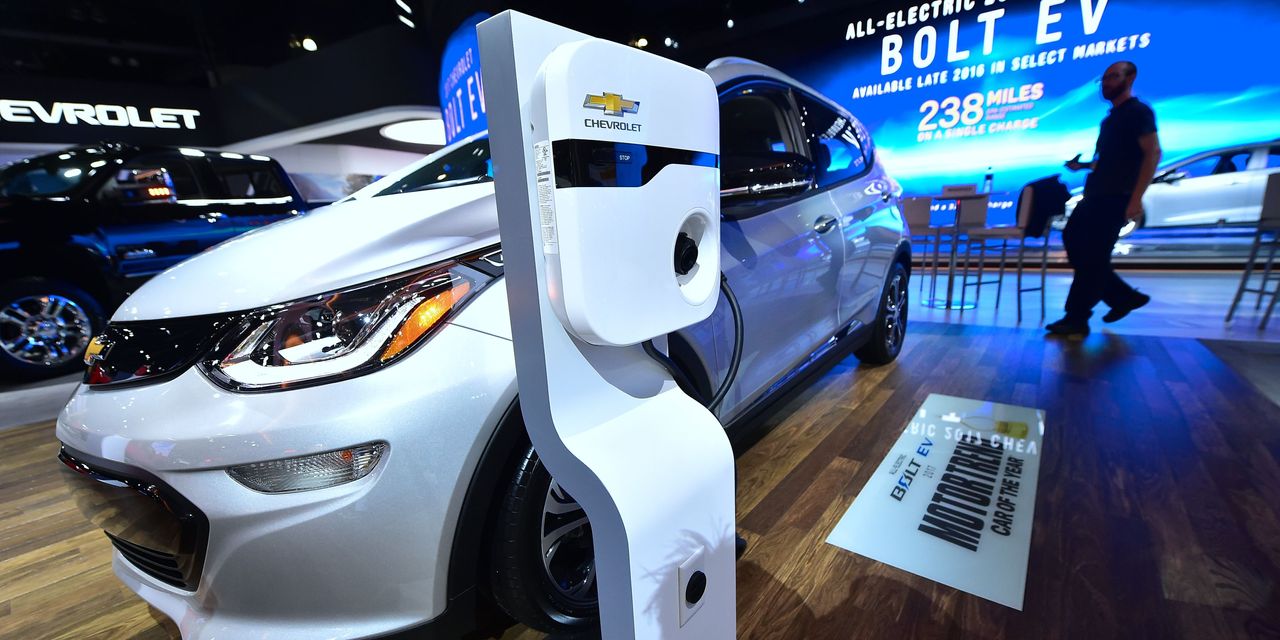 General Motors Co. GM -1.59% is looking to build a second battery factory in the U.S. with joint-venture partner LG Chem Ltd. 051910 4.51% , the latest move in the Detroit auto maker’s efforts to expand its investment in electric vehicles.

A GM spokesman confirmed to The Wall Street Journal that the companies are exploring building a second battery-cell plant and said a decision could come in the first half of this year.

GM and LG are close to completing a decision to locate the plant in Tennessee, said people familiar with the matter. A final selection hasn’t yet been made, the people said.

Already, the two companies are building a $2.3 billion battery plant in northeast Ohio that is expected to open next year and eventually supply enough batteries to power hundreds of thousands of vehicles annually. The new plant is likely to be a similar-size investment, some of the people said.

GM, the nation’s largest auto maker by sales, has set ambitious targets for converting its global lineup to electric vehicles, revealing its aim earlier this year to phase out gas-engine models from its showrooms by 2035.

The rush by GM and other global car companies to sell more plug-in models has stoked concerns among auto executives and analysts over future battery shortages and has led some auto manufacturers to get in the business of making their own battery cells, often in joint ventures with big battery makers.

LG Chem is in discussions with GM to add battery production, said Seungse Chang, the company’s senior vice president of corporate strategy at its battery-making subsidiary, in a statement. The company also plans additional expansions of its U.S. battery-making operations to support other auto makers, he said.

The Biden administration has made transitioning from gas-powered to electric vehicles a cornerstone of its domestic policy agenda, aiming to use the technology both to fight climate change and create new jobs to help cushion the possible loss of some in fossil-fuel industries.

The White House last week ordered a review of the U.S. battery supply chain, aiming to lessen dependence on countries like China, which currently dominates the market for batteries and their materials.

GM is investing $27 billion in electric and driverless cars through mid-decade, among the industry’s most aggressive bets. Unlike some rivals, GM is using in-house battery technology, branded Ultium, which company executives say will lower battery costs by nearly 40% on new plug-in vehicles that begin to roll out over the next year compared with those it sells today.

Ms. Barra is counting on 30 new battery-powered GM models globally by 2025—two-thirds of which are slated for North America—to deliver profit growth. Currently, the company sells only one electric model in the U.S., the Chevrolet Bolt, along with a few in China, and generates all its profit from gasoline- and diesel-powered vehicles.

Today, most battery manufacturing occurs in Asia and Europe, and the battery production that is in the U.S. is largely controlled by Tesla Inc., according to research firm Benchmark Mineral Intelligence. For example, the recently launched Ford Mustang Mach-E relies on batteries made in Poland.

But as auto makers prepare to sell more electric cars in the U.S., they also want to reduce the sizable costs of shipping heavy batteries across oceans, executives say.

Some car companies, such as GM and Volkswagen AG , have moved to vertically integrate, joining partners like LG and Northvolt AB to invest in their own battery-cell factories and lock in supplies. Tesla, meanwhile, operates a battery plant in Nevada with Panasonic Corp.

Ms. Barra hinted recently that GM may expand its battery-making capacity beyond the Ohio factory but hasn’t discussed specific plans.

“We are already seeing the benefits of having our own cell manufacturer,” she said during a virtual investor conference last week. “It’s allowing us to go much deeper into the supply base to secure what we need.”

The new U.S. battery plant would be a third for South Korean battery maker LG Chem. The company is also embroiled in a trade-secret dispute with rival SK Innovation Co., which it claims stole LG’s trade secrets through a targeted campaign of poaching employees. SKI has denied the allegations.

Last month, the U.S. International Trade Commission affirmed an earlier finding in LG’s favor that SKI destroyed evidence. The decision threatens to derail a large battery factory project SKI is constructing in Georgia. Both companies met last month with the Biden administration, according to people familiar with the meetings, and LG’s representatives believe the company would be able to increase U.S. production to cover any shortfalls caused by sanctions on SKI.

Write to Ben Foldy at Ben.Foldy@wsj.com and Mike Colias at Mike.Colias@wsj.com