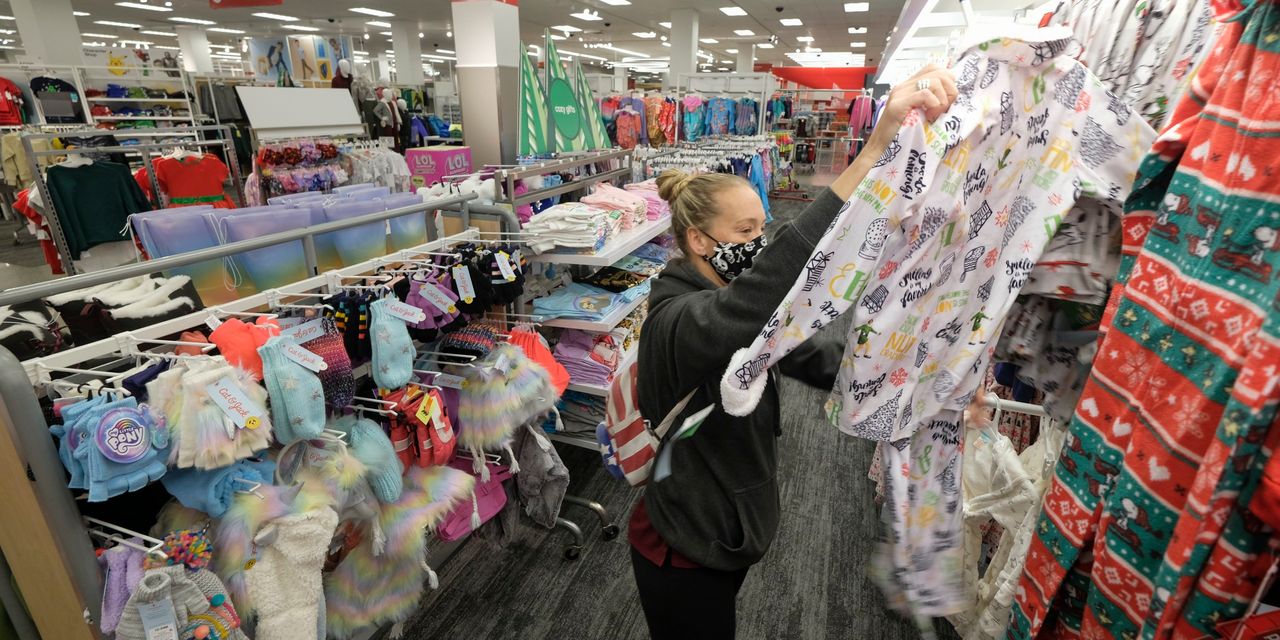 Target said Tuesday that holiday sales rose solidly, capping off a year when the Minneapolis-based retailer increased revenue by more than it had in the previous 11 years combined.

Comparable sales, those from stores and digital channels operating for at least 12 months, rose nearly 21% in the fiscal quarter ended Jan. 30, boosted by strong demand for online services, including same-day order pickup and delivery. For the full fiscal year, revenue hit $93.6 billion, a 20% increase.

In recent years Target has ramped up investments in online services. Instead of spending heavily to establish a massive network of online fulfillment warehouses, Target has used stores as hubs to ship online orders or allow shoppers to pick up their orders from store parking lots.

Over the past fiscal year around 95% of sales came from store fulfillment, which includes products bought in stores as well as online orders fulfilled from stores, the company said. Digital comparable sales—orders placed online or through the Target app—more than doubled in the most recent quarter.

That model, as well as selling products in high demand during the pandemic such as home décor, food and toilet paper, helped Target grab market share over the past year. Target, along with many big-box retailers, remained open in the early days of the pandemic while department stores and apparel retailers had to close to in-store shoppers. Target said Tuesday that it estimates it gained around $9 billion in sales from competitors.

Target’s profit surged last year despite a jump in Covid-19 related expenses that remain elevated, executives said. As sales grew quickly, “our gross margin rate also increased and we saw a jaw-dropping amount of leverage” on expenses, said company finance chief Michael Fiddelke on a call with analysts. That growth “more than offset investments in team and guest safety,” he said.

Target said it plans to ramp up store remodels and other investments this year after having paused some of those activities early in the pandemic. It said it would spend around $4 billion annually in the next few years. Its plans include remodeling 150 stores before the holidays this year and 200 a year in the coming years, as well as building around 35 new small-format stores each year, mostly in urban areas and college campuses.

Target’s store brands grew quickly last year, said executives, accounting for about a third of revenue and a higher percentage of gross margin.

Like other retailers that have fared well in the pandemic, Target became more e-commerce-dependent because of the disruption. For the full fiscal year, 18% of sales came from digital channels, up from 8.8% a year earlier. Last week Best Buy Co. said its online sales rose almost 90% to $6.7 billion in the most recent quarter and made up 43% of total U.S. sales, nearly double the share a year earlier.

In what ways did the pandemic change the way you shop at Target? Join the conversation below.

Some retailers say pandemic-induced buying trends will persist longer term, while other industry executives say shoppers will return to prior patterns later this year, as more people are vaccinated and resume spending on dining out or travel.

Target executives said they expect some consumer demand to rebound, such as buying clothing to wear outside the home or luggage for travel. But sensitivity to germs and preference for social distancing may stick around longer term, Mr. Cornell said on a call with reporters.