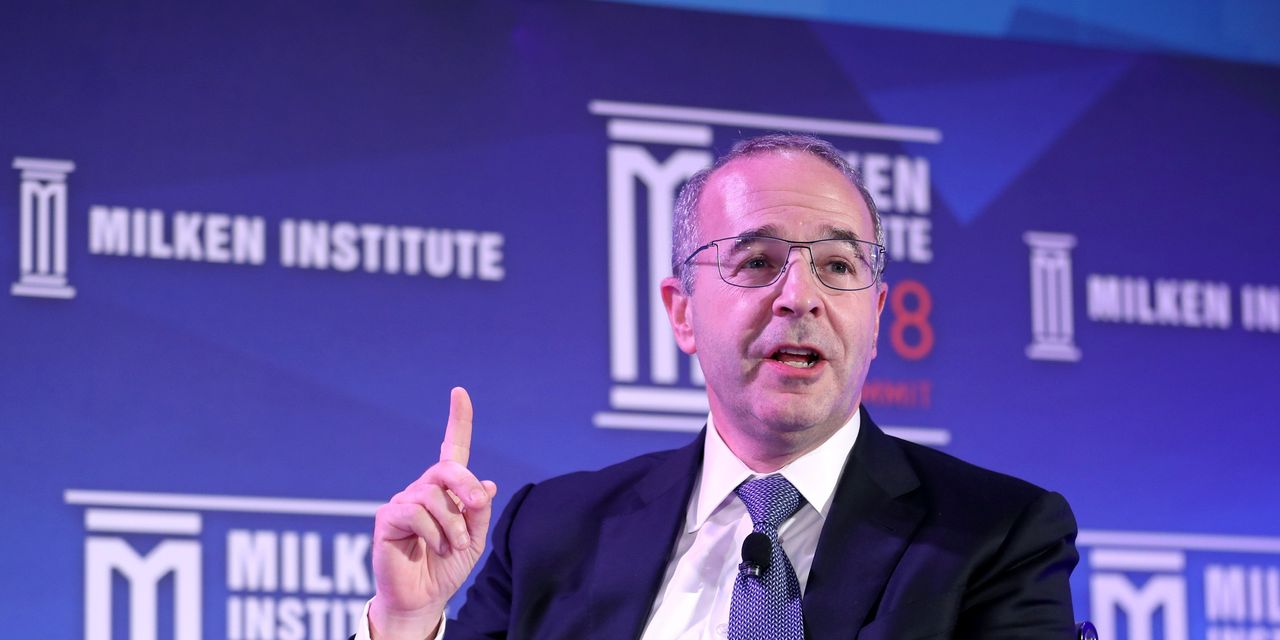 McKinsey & Co.’s partners voted to replace Kevin Sneader as the elite consulting firm’s leader, after internal dissatisfaction over steps he took following a series of crises for the firm, people familiar with the matter said.

The decision—the result of a staggered voting process that McKinsey’s approximately 650 senior partners undertake every three years to choose or reconfirm the firm’s global managing partner—marks the first time in decades that a McKinsey leader hasn’t won a second term. Mr. Sneader, who was voted global managing partner three years ago, failed to make it past the first round of voting, in part because partners chafed at changes aimed at keeping McKinsey free of scandal, but limited partners’ autonomy, the people said.

Mr. Sneader, a 54-year-old Scot and McKinsey veteran of more than three decades, has spent much of his tenure trying to move the firm past controversies around McKinsey’s previous work with clients, including this month’s $573 million settlement with states over its work advising OxyContin maker Purdue Pharma LP and other drug manufacturers to aggressively market opioid painkillers.

The firm has also drawn scrutiny over its work with e-cigarette maker Juul, as well as some autocratic foreign governments, including Saudi Arabia. In December, it came to a settlement with Justice Department watchdogs over how the firm discloses potential conflicts of interest. In both the opioid and disclosure settlements, McKinsey admitted no wrongdoing.

Much of Mr. Sneader’s response to those crises has amounted to moving McKinsey from a culture that relied on individual partners’ judgments to one based on systems, rules and processes, fueling dissent within its senior ranks, people familiar with the matter say. Its partners have historically enjoyed wide latitude over their work and clients. McKinsey declined to make Mr. Sneader available for an interview.

Historically, the McKinsey business model hinged on “hiring the best people to do the most important work at a premium price,” says a person who spent years at the firm. If a potential client was deemed not important enough, or not contributing to a greater good, the firm would take a pass. “It’s core to its ethos to decline work,” the person said.

But in the years preceding Mr. Sneader’s ascent, McKinsey undertook a rapid expansion. The firm sought new ways to grow, and with a decentralized management structure, there were few protections in place preventing an ambitious partner from taking on lucrative, if problematic, clients, the person said.

Under Mr. Sneader, the firm’s top partners had to approve controversial new clients, and McKinsey said it wouldn’t serve defense, intelligence, justice or policing institutions in nondemocratic countries. This made it potentially harder for non-U.S. partners to take on some clients, and was seen as a centralization of power away from partners, according to people familiar with operations. In an interview with the Financial Times published this week, Mr. Sneader said the firm’s client service risk committee, which assesses any piece of new work that might raise flags, reviewed more than 2,000 projects in 2020.

“He certainly introduced higher-risk protocols; higher levels of due diligence; red lines about serving the public sector in some countries,” the person who spent years at the firm said, adding that partners in Mr. Sneader’s camp believed it was “not feasible to go back to an era where you can just do what you like or you don’t have to be governed by a compliance regime.”

The firm’s recent opioid settlement also drew opposition from some non-U.S. partners who were more willing to fight, people familiar with the matter said. Mr. Sneader’s letter to employees about the settlement was blunt in criticizing the firm’s behavior, saying McKinsey fell short of its standards and “did not adequately acknowledge the epidemic unfolding in our communities or the terrible impact of opioid misuse and addiction, and for that I am deeply sorry.”

Some partners felt that language was too strong and that McKinsey’s advice to clients was legal and given in good faith, people familiar with the matter said.

The power shift highlights the complexity of running a global partnership firm. As global managing partner, Mr. Sneader was more a first among equals than a chief executive, and his reforms were approved by senior partners. But when he was up for re-election for another three-year term, there were enough dissenters to keep him off the final ballot.

His failure to make it to the second and final round of voting leaves two other senior partners in the running to succeed Mr. Sneader: Bob Sternfels and Sven Smit, senior partners in McKinsey’s San Francisco and Amsterdam offices, respectively.

McKinsey senior partners will decide on whether Messrs. Sternfels or Smit will replace Mr. Sneader in a final voting round, which is expected to take place in March, people close to the matter said. Mr. Sternfels is seen as a protégé of Dominic Barton, who ran McKinsey from 2009 to 2018 and was credited with accelerating its growth.

As part of the process, senior partners nominate several candidates, then vote in a first round. The two candidates who receive the most votes go on to a final round.

Among the simmering issues that Mr. Sneader dealt with was McKinsey’s work with e-cigarette maker Juul. In 2019, a former Juul employee said in a court filing that, even as the company said it was removing flavored products from the market, McKinsey advised it to sell mint-flavored nicotine pods. The New York Times and ProPublica reported that year that McKinsey also helped U.S. Immigration and Customs Enforcement with changes including cutting food and medical spending for detainees and hastening deportations. In addition to the Saudi government, McKinsey did work for the Chinese government and held a retreat 4 miles from a camp where Uighurs, members of a Muslim minority, were interned, the Times reported.

McKinsey also played a central role in the rise of Saudi Crown Prince Mohammed bin Salman. In 2015 Prince Mohammed, the son of the newly crowned king, didn’t have a direct route to the throne. His father, King Salman, put the prince in charge of economic reforms, and McKinsey was involved in devising a strategy to shift the kingdom’s economy away from its reliance on oil.

In late 2015 the firm’s research arm, the McKinsey Global Institute, put out a public report called “Saudi Arabia Beyond Oil” that said “we see a real opportunity for the Kingdom to inject new dynamism into the economy through a productivity- and investment-led transformation.”

The report gave McKinsey’s imprimatur to the strategy Prince Mohammed was pursuing at a time when he was looking for approval from foreign business and political leaders to help legitimize his claim to a bigger role in running the kingdom. His father, the king, gave him added responsibility, and in 2017 the prince imprisoned his cousin, who was then crown prince, and took the title himself. Since then, the crown prince, known as MBS, has been the kingdom’s day-to-day ruler. He presided over economic reforms, as well as a brutal bombing campaign in Yemen that led to a humanitarian crisis, lockups of many of his critics, and a team of men who murdered dissident writer Jamal Khashoggi in 2018.

One major project the firm has worked on recently was the prince’s plan for a built-from-scratch city called Neom on Saudi Arabia’s remote western coast. The prince envisioned a tech-fueled metropolis peopled by the world’s elites, replete with flying robot taxis and an automated police force. McKinsey and other consulting firms were enlisted to help with the plan. In thousands of pages of internal planning reports reviewed by the Journal, McKinsey detailed using a “13-pillar liveability framework” and big data to quantify how pleasant Neom would be to live in. The Saudi government has started moving local people off the land to build the city.

Corrections & Amplifications
Bob Sternfels and Sven Smit are senior partners in McKinsey’s San Francisco and Amsterdam offices, respectively. An earlier version of this article incorrectly said they were heads of those offices. (Corrected on Feb. 24)