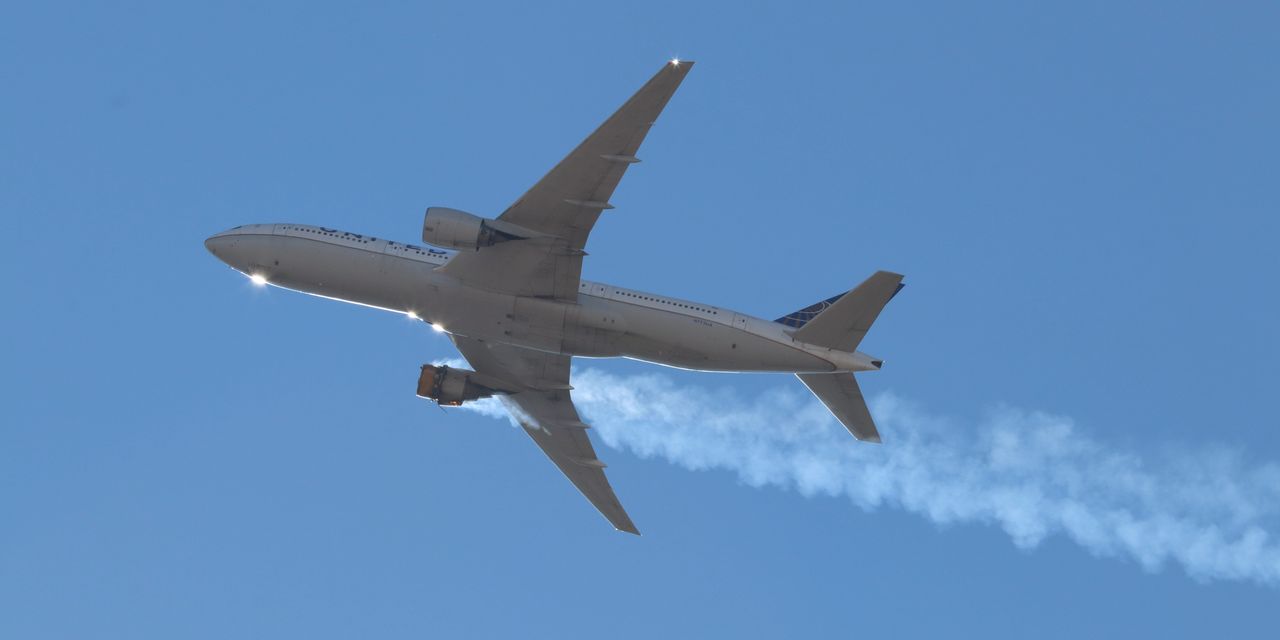 Boeing Co. on Sunday told airlines to stop flying its wide-body 777 aircraft equipped with a type of engine that broke apart during a flight over the weekend near Denver, as the Federal Aviation Administration said it would order immediate inspections of those jets.

Boeing’s recommendation followed action by regulators in the U.S. and Japan aimed at the Pratt & Whitney engines found on 128 of its 777s. The United Airlines Holdings Inc. flight Saturday was the third failure involving that model plane with those engines in recent years.

Safety investigators in the U.S. are trying to determine why the engine failed shortly after the Honolulu-bound plane took off, forcing it to return to Denver International Airport and leaving a trail of debris scattered over a nearby town.

United, the only airline in the U.S. that uses that engine type, said earlier Sunday evening that it had taken two dozen planes out of service.

Regulators in Japan had already ordered airlines to stop flying aircraft with the same engine type until further notice. Those include 13 Boeing 777s flown by Japan Airlines Co. and 19 such planes operated by All Nippon Airways Co.