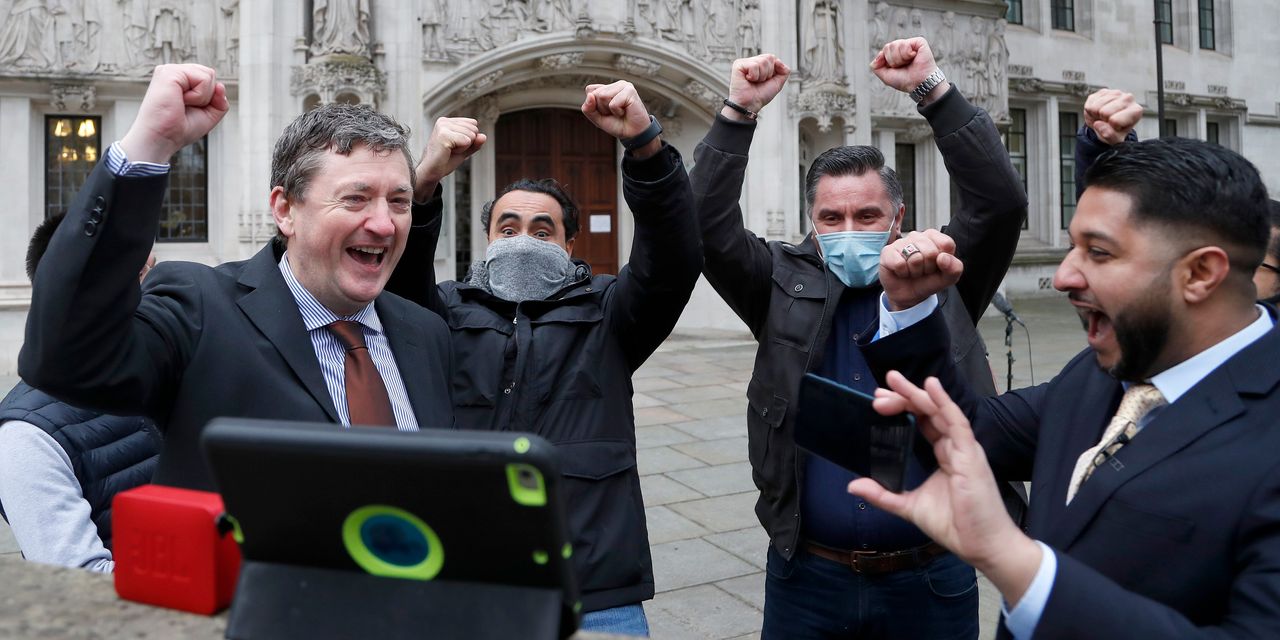 The U.K.’s top court ruled that a group of former drivers for Uber Technologies Inc. were entitled to a minimum wage and other benefits while working for the company, dealing a setback to Uber and other gig-economy firms in world-wide battles over their employment model.

The U.K.’s Supreme Court, in a unanimous decision issued Friday, upheld lower court decisions that granted the group of 25 drivers a type of U.K. employment status at Uber. The company had appealed those rulings, maintaining that its car-service and food-delivery drivers are independent contractors, without employee rights.

While Friday’s decision directly applies only to the former Uber drivers involved, labor activists say it sets a potential precedent for others in the U.K. who work for companies in the gig economy, where apps distribute individual tasks to a pool of people that the app makers regard as independent contractors.

Uber said that the decision doesn’t automatically reclassify all of its U.K. drivers, and that it is unrelated to its Uber Eats food-delivery business. The company said that since the case was filed it has added driver benefits such as insurance for sickness and injury.

“We are committed to doing more and will now consult with every active driver across the U.K. to understand the changes they want to see,” said Jamie Heywood, Uber’s regional chief for Northern and Eastern Europe.

previous
We need more Covid vaccine doses and it needs to be easier to get the shots, state and local health officials tell Congress
next
Coca-Cola Zero Sugar will be the company's biggest source of growth in 2021, CEO says
700 Louisiana Street , Houston TX. 77002
(+1) 832-390-2738
info@gmi-co.com