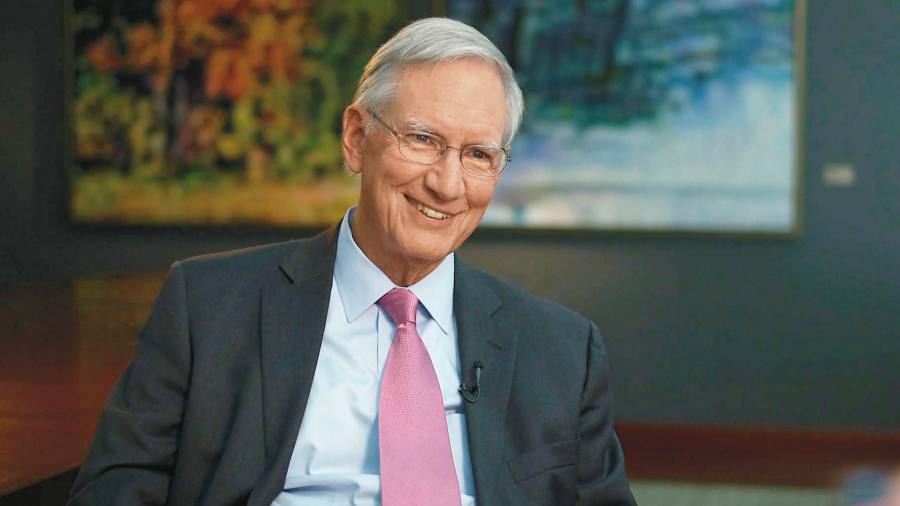 The writer is an author on management and his next book is ‘Excellence Now: Extreme Humanism’

This month McKinsey agreed to pay nearly $600m to settle claims that its advice had exacerbated the deadly US opioid crisis.

The consultancy advised Purdue Pharma on paying “rebates” to pharmacies based on the number of people who died or became addicted after taking the company’s painkiller OxyContin. One 2017 presentation bloodlessly calculated that if Purdue paid $14,810 per “event”, and 2,484 customers of the CVS pharmacy chain overdosed or became addicted in 2019, Purdue would pay CVS $36.8m that year.

As a McKinsey alumnus, my reaction was simply: “Dear God!” My decades of pride in the firm evaporated as I read of the settlement. In fact, I asked a colleague, in earnest: “Should I remove McKinsey from my CV?”

Stepping back, I worked for McKinsey from 1974-1981. I signed on after getting my MBA from Stanford, and was delighted and proud of the job offer, which I accepted in a flash.

Indeed, I was at McKinsey in 1980 when I wrote my first article on the organisation-effectiveness research I was doing for the firm. It covered the highlights of what would become In Search of Excellence, my book with Bob Waterman. It emphasised the importance of organisational culture; investing in people; trying a jillion things rather than sticking to a prescribed plan; and my favourite, what Hewlett-Packard’s top executives called managing by wandering around. That is, leaders should stay in direct and constant touch with front-line workers rather than sit in their offices chewing over spreadsheets.

When my article came out, the muck hit the fan at McKinsey’s Manhattan headquarters. The firm’s bread and butter and brand was strategy first, strategy second, no ifs or ands or buts. I was told that the head of the New York office wanted me fired immediately. Only intervention from McKinsey’s managing director Ron Daniel saved my job.

To me, that angry reaction says a lot about how McKinsey ended up paying almost $600m to 49 states to settle, without admitting liability, allegations that it urged Purdue Pharma to “turbocharge” OxyContin sales via tactics that included the rebate formula.

I am angry, disgusted and sickened. The McKinsey I served was — in my experience — an honourable institution. How could this have happened to my beloved employer?

Nostalgia is a funny thing. I am 78. My great pals from my time at the firm include Waterman, and I had close friends at the firm from Dallas to Tokyo and Munich. I can honestly say that I never witnessed anything that even approached dishonourable behaviour.

But before I don a holier-than-thou cape, I must admit that I have only known and worked with two people who did time in a federal prison. Both were from McKinsey. One was Jeff Skilling, the Enron chief executive who drove the company into fraud and bankruptcy. The other was my close friend and former McKinsey top dog Rajat Gupta, who served time for insider trading. I never experienced the tiniest bit of untoward behaviour from either one — but I cannot claim that the good old days were in fact the good old days.

McKinsey is now a giant with more than $10bn in revenue, 130-plus offices, and 30,000 employees. Size can be a significant contributor to corporate misbehaviour. But I think the problem goes deeper. McKinsey is one of the biggest employers of MBA graduates, and has been a top choice for many years, even decades.

In my opinion, this is not unrelated to the OxyContin affair. I have long argued that we should “shut down every damn business school”. This rant is hyperbolic, but my reasoning is that business schools typically emphasise marketing, finance, and quantitative rules. The “people stuff” and “culture stuff” gets short shrift in virtually all cases.

McKinsey is loaded with high-IQ MBAs addicted to spreadsheets and PowerPoint presentations. So are many other places that have fallen apart — after all, the most prominent analysis of the Enron fiasco was dubbed The Smartest Guys in the Room. Furthermore, McKinsey’s typical assignment is to improve market share and profitability.

That combination, taken too far, is a poisonous combination in my opinion. Remember, the McKinsey recommendations to Purdue were directly aimed at extreme sales improvement and the analysis failed to address the potential of specific incentives to increase addictive, destructive behaviour.

So how do we fix this? By focusing on the “moral responsibility of enterprise”. Most of us work for a business, whether it has six or 16,000 employees. Business is not part of “the community” — business is the community. The pandemic and our increased awareness of racial inequality have only increased the need for business to understand that.

I cannot close a discussion of what happened at McKinsey without taking a swipe at Milton Friedman. He introduced the idea that maximising shareholder value should be a company’s raison d’être. That led to an insane push for profitability at all costs. Investment of corporate profits in people and research has fallen through the floor ever since. One rigorous study found that the share of profits apportioned to people and R&D dropped from 50 per cent in the 1980s to 9 per cent in the 2000s.

I loved my Stanford and McKinsey years. But I do not remember even a single moment directly related to the moral responsibilities of enterprise. Disregard of higher societal purposes is nothing new. But for me, the McKinsey-Purdue Pharma affair represents a new low.