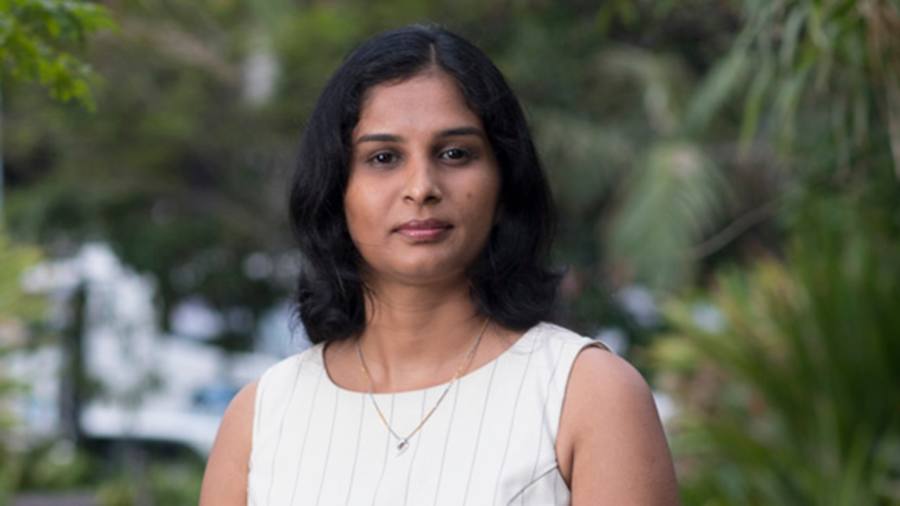 In my previous life, I was a rocket scientist in India’s space programme. I was part of the team that built satellite-launch vehicles, or rockets, and designed some of the telemetry modules that helped carry India’s space probe to Mars in 2014. It was an exciting life and during my seven years at the Indian Space Research Organisation I worked with some of India’s brightest minds.

Then in 2016 I became a mother and decided to spend my year’s maternity leave in Australia, where my husband worked. Maybe it was motherhood or the break from my old life, but I became very interested in learning new things. My daughter was a good sleeper and I started reading a lot. But instead of science, I began learning about politics, business and economics, and realised I was missing out on a lot of things. That was my “aha” moment.

By the time my daughter was about eight months old, I had decided to take the plunge and go to business school. I wanted to settle in Australia, and the Australian Graduate School of Management (AGSM) in Sydney is the best school here, with a very strong [alumni] network. On top of that I received a good scholarship that covered 75 per cent of my fees, without which I would not have been able to do an MBA.

The course lasted 18 months and there were about 55 students from some 20 countries. The alumni network is great. Whenever I am in need, there is someone who can help me out. We also had the opportunity to do internships, which was super helpful, as I had not worked in a corporate environment before. Then there is the knowledge that I gained from industry professionals who came to teach our classes.

My first plan was to find a job in investment banking, because I thought my quant background would be of good use. I love numbers and my electives were all maths-heavy subjects such as corporate finance. But I realised after a while that a transition into banking would be difficult without a background in finance, so when the global venture capital firm Antler came to AGSM, I jumped at the opportunity to build my own start-up.

I was fortunate to become part of Antler’s first Sydney cohort of entrepreneurs that it trains and supports. Together with a partner, I began building a company in the electrical energy sector. It was a great idea, but the business didn’t take off as we had planned. We failed.

I hope to start my own company again . . . and be successful. Running your own business is addictive

I realised I did not have the right skills or sufficiently deep knowledge about Australian industries. To turn the situation around, I decided to move towards a career in consulting, where I would be able to fill this experience gap within a short time. At AGSM I loved solving the case studies that were part of our interview training for consultancy jobs, and I had already considered it as a pragmatic route to doing something I enjoy.

In March, I joined Kearney, the consulting firm, as an associate. I really enjoyed building my own company, though — every morning was so exciting — and in five or seven years I hope to start my own company again . . . and be successful. Running your own business is addictive.

The alumni network at AGSM is still useful. It is a strong base that I can always turn to for help. When I had to prepare my start-up pitch, for example, I received help from alumni in the energy sector and in venture capital, which was really cool.

I sometimes miss my old life as a scientist, but I have moved on. I enjoyed it, I achieved something, but I was in my comfort zone. Choosing business school was a turning point in my life. Right now I am outside my comfort zone in a challenging and intensive environment — I have really had to step up my game, which I enjoy a lot.